Some may say "they're just numbers", but these numbers have the ability to affect every aspect of your life.

Those numbers on your bathroom scales can impact whether you go for a swim at the beach with your child, your ability to walk confidently into a room, and often, the decision to turn the lights off when you're naked with your partner.

Victoria Black and Gen Davidson are like many other northern beaches locals. They've reached a certain age (59 and 61), have tried every diet under the sun and, in Davidson's case, has exercised until she vomited.

They're the creators behind SuperFastDiet and, keen to help you lose your wobbly bits for good, they have recently launched their first book The 3-Day Diet.

When the Northern Beaches Review met the duo for this week's cover shoot they came across as confident, funny and instantly likeable. (They were so much fun that Davidson actually took a tumble into the water at Clontarf Beach mid photoshoot, leaving her clothes soaked. Far from fleeing to find a towel, she stood up, smiled and continued with the shoot.) Black and Davidson are both trim and wear skinny leather pants that would leave The Doors' Jim Morrison feeling jealous.

You'd never know that they battled with their weight for years, to such an extent that Davidson admits she used to avoid being photographed, even with her own family. If she was forced to be in a picture, she'd try and hide behind someone else so she couldn't be seen as easily.

"I was just ashamed and I felt like a failure because I thought 'why can't I lose all this weight'," she said. "What is wrong with me that I can't stick to a diet? I used to feel overlooked because I was overweight. I used to feel like I was invisible to people because I wasn't attractive enough."

Black, who lives in Clontarf, put on weight after she had children and "tried every possible diet known to man" to try and get rid of it.

"Some work for a little while, but nothing actually worked long term until we discovered intermittent fasting," she said.

These days, the two women are a whopping 40 kilograms lighter between them and taking Australia - and soon the world - by storm with an idea that's gone viral and a new book that's become an instant hit.

The friends have known each other for years after them met while working together at the now defunct Gloria Marshall weight loss centres. Even there they had trouble controlling their weight, with the women falling victim to yo-yo diets and the latest fad in order to not only lose weight but keep it off.

I was just ashamed and I felt like a failure because I thought why can't I lose all this weight.

Eventually Davidson, who currently lives in Wahroonga but is moving back to the northern beaches, came across the idea of intermittent fasting and the results were instant. She went on to lose more than 30 kilograms and has kept it off.

"I actually was astounded because I didn't feel deprived and I just thought 'why isn't everybody doing this?'," she said. "After three months the weight was just dropping off me and I hadn't been able to do it before and it's because I felt deprived."

Davidson and Black had always wanted to start a business together so they decided to act as guinea pigs to work out exactly which intermittent fasting method worked best.

"That's how we came up with the different methods on SuperFastDiet and the 3-Day Diet is one of the most popular because it is actually really easy to do," Black said. "You only have to be good three days a week and by good I mean you can have around 1000 calories." 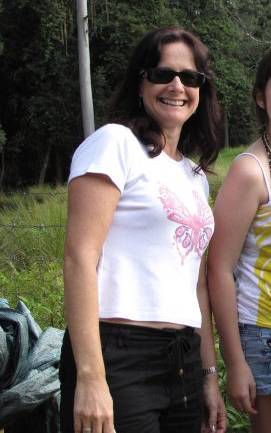 Davidson said the biggest misconception is that you'll be starving and that's not correct.

In the three years since they launched SuperFastDiet, they now employ more than 20 staff in their Balgowlah office.

It was the mindset as well. I used to wake up in the morning and the first thought was 'I'm fat' and that was really depressing. Now I wake up and I feel fabulous and I've got so much more energy as well.

"Over 60 per cent of Australians are overweight or obese and it's a struggle and it's depressing and I think it's got even worse with Covid," Black said.

"We really believe that we have found a system that works. You don't have to be deprived because you can still have the foods and the drinks that you love and still lose weight. Some people have lost 50-plus kilos so that really changes somebody's life."

Other than dress sizes, the biggest change Davidson noticed after losing weight was her confidence. 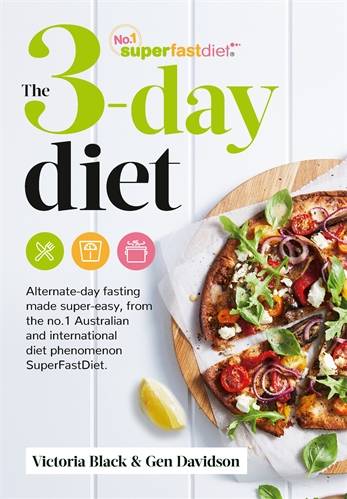 "My life has completely changed," she said. "My confidence level is absolutely huge. I'll actually get into a cossie now whereas before I wouldn't do that. I never thought I'd get back into a bikini but I can wear a bikini now even though I'm 61 and it's so exciting to do that"

Davidson's husband Paul also lost 20 kilos and now instead of being self-confessed couch potatoes, they swim, bushwalk and love their new outdoors lifestyle.

"Ten kilos doesn't sound like a lot, but it made such a difference to me," she said. "It meant the difference between me feeling good in my clothes, being able to wear skinny jeans, being confident on the beach, and that's really important when you live on the northern beaches. You want to be able to feel like you can be confident going for a swim in the ocean.

"I'm now tucking my shirt into my trousers rather than wearing lose, floppy kaftans.

"It was the mindset as well. I used to wake up in the morning and the first thought was 'I'm fat' and that was really depressing. Now I wake up and I feel fabulous and I've got so much more energy as well."

Keen to try it out? 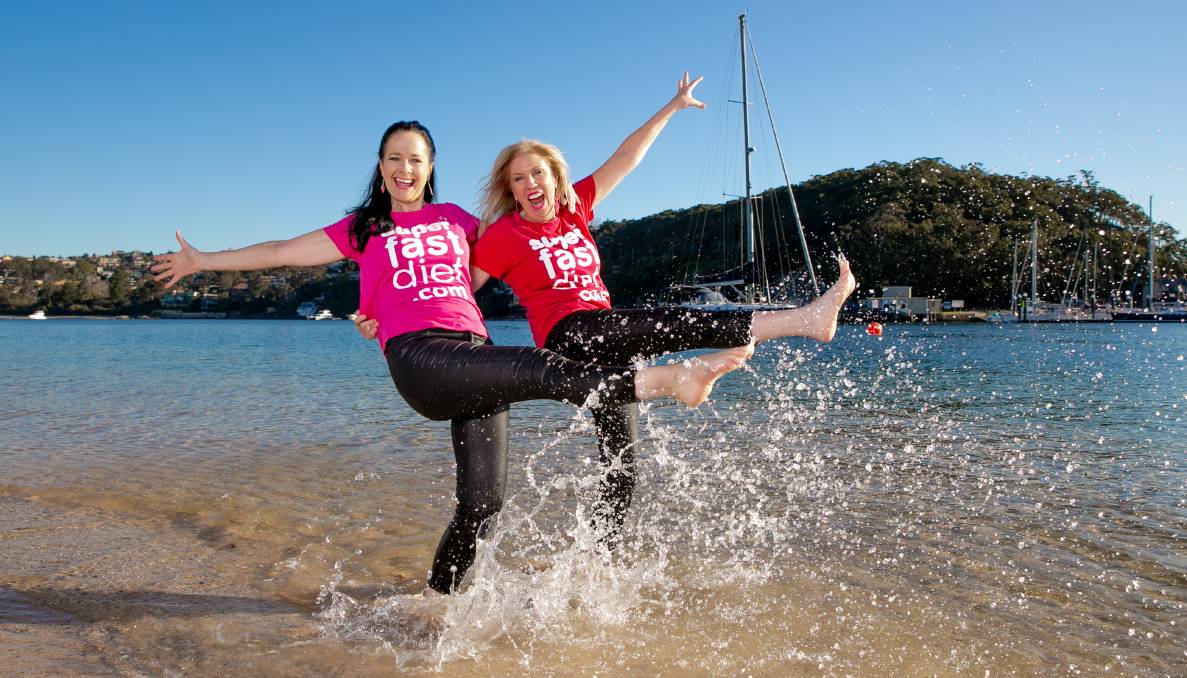 FAST AND FUN: Victoria Black and Gen Davidson are the women behind the creation of the 3-Day Diet. Picture: Geoff Jones

The 3-Day Diet book is filled with the scientific research behind the diet. It also has more than 60 recipes for breakfast, lunch, dinner and snacks; meal plans and strategies; tips for a more balanced mindset; and true stories from others in the SuperFast community.

"We show you how to get what we call maximum buck for your calories so that you are not hungry at all," Black said.

"It's eating lots of fresh fruit, fresh vegetables, really high quality protein, good fats and it's foods that you can get in the supermarket, you don't have to go to some crazy health food store. It's just a matter of making good, healthy choices and real, fresh foods and you will be full once we show you what to do."

Davidson said you can have your cake, and eat it too.

Find our more by searching for 'Super Fast Diet' on Facebook or visit www.superfastdiet.com. 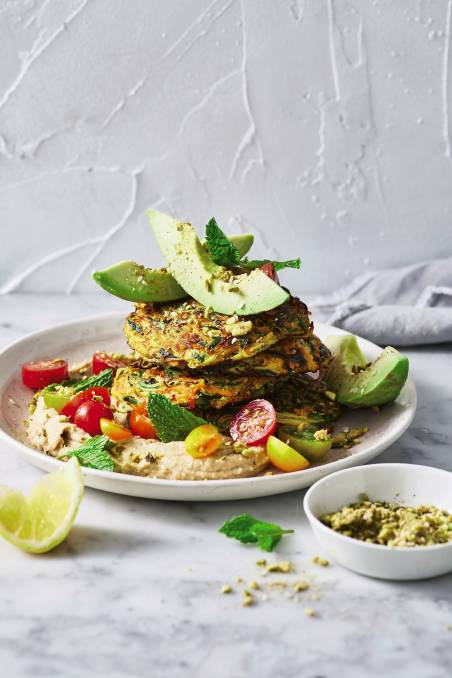 No, you absolutely don't need to head down to the local cafe to get yourself a winning brunch pic - simply whip together this rainbow rosti. This gorgeous meal is full of healthy fats and plenty of fabulous fibre. For a protein hit, add an egg for just 80 calories extra.

1. Gently toss together the avocado, tomato and Thyme-ly mustard dressing in a bowl. Season and set aside.

2. Wrap the grated zucchini in a clean tea towel and ring dry, then transfer to a bowl. Stir in the pumpkin, carrot, egg yolk and chives. Season well.

3. Heat a large non-stick frying pan over medium-high heat and spray lightly with oil. Divide the mixture into eight, and spoon four portions into the pan, shaping into rounds and pressing down firmly until each round is about 1 cm thick. Cook for four to five minutes each side until cooked and golden. Remove from the pan and cook the remaining four rosti.

4. Serve the rosti with the hummus and the tomato mixture, and sprinkle with dukkah and herbs, if using, and a lemon wedge, if using. 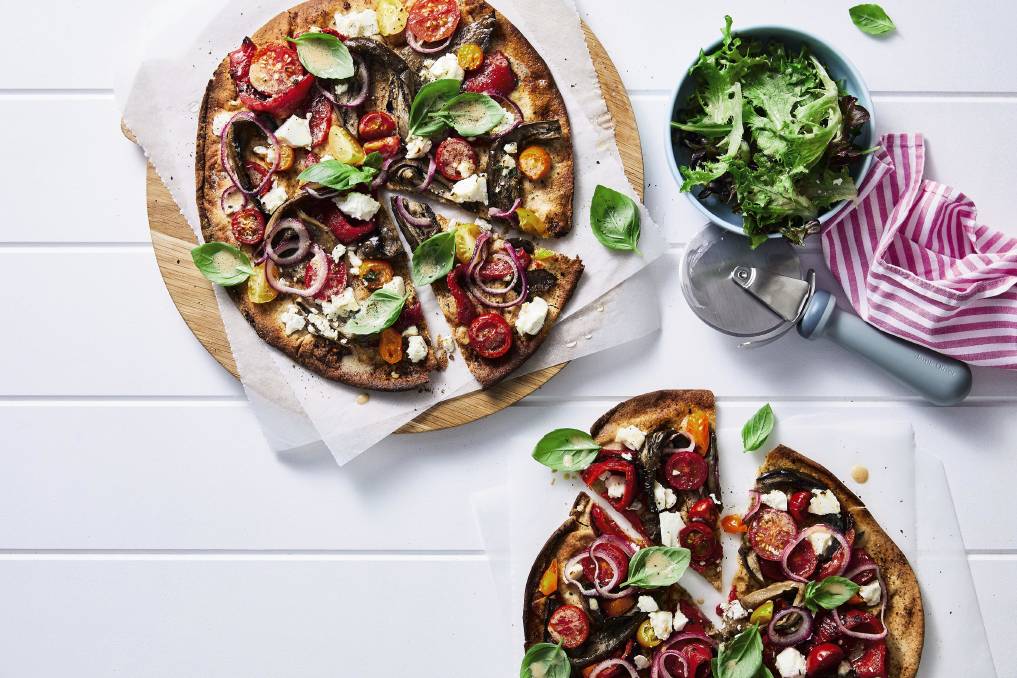 Pizza. Must we say more? We love pizza, and the fact it is always a recommended and well-loved 3-day diet meal staple makes us some pretty happy campers. You'll never need to dial Domino's again!

2. Sprinkle each flatbread with the onion, capsicum, eggplant, tomato and feta. Bake two flatbreads at a time, directly on the oven shelf, for 10-12 minutes until the bases are crisp and the tops golden.

3. Transfer to serving plates and drizzle with the Thyme-ly mustard dressing. Serve with mixed salad leaves and basil, if using.

Family additions: Sprinkle grated mozzarella over the pizzas before baking.

This story On a mission to lose the COVID kilos? first appeared on Northern Beaches Review.