Leroy Murray was given the June 2019 nomination for his efforts in making the Australian Secondary Schools Rugby League Aboriginal and Torres Strait Islander (ASSRL ATSI) Invitational Team, representing the NSW and QLD region.

Playing from June 29 to July 5, at Redcliffe the team lost only one match for the entire competition.

Bailey Callaghan was the joint recipient of the July 2019 award having made the under 14s NSW Country representative team after a successful stint at the Western Mariners.

Callaghan went on to compete at the boy FFA National Youth Championships later in the year.

In 2019 Mackenzie was a member of the Western Mariners U15s team which participated in the NPL 2 (National premier league 2) .

Mackenzie was selected to represent NSW Country U14s at the 2019 FFA Nationals held in July.

Mackenzie was a part of the five person leadership group of the team.

Hang-glider Guy Hubbard was given the August 2019 nomination for his efforts in winning against a world class field at the Spanish National Titles. 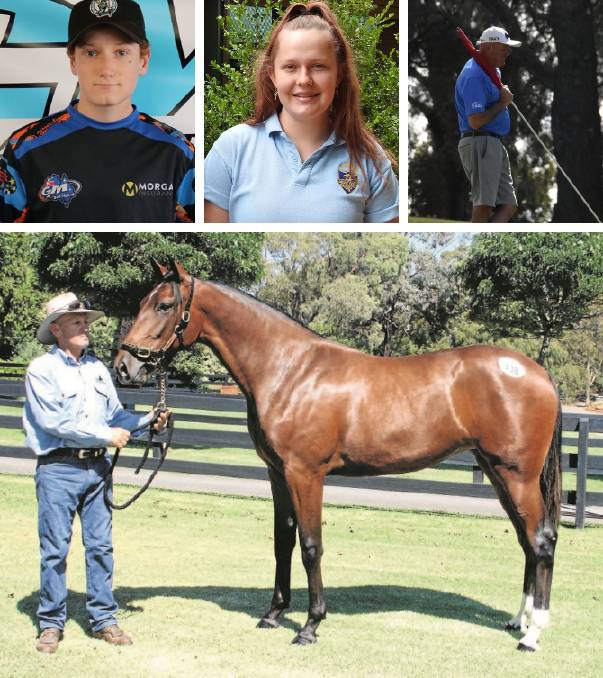 (Top) Maurice Brown, Michelle Woods, Peter Kirwan and (bottom) Robert Van Dyke are all in the running for the Sportsperson of the Year award.

Originally designed as his warm-up event, it instead became a career highlight as Hubbard had been on the mend after injuring himself representing Australia at the World Teams Championships.

Local shooter Michelle Woods received the September 2019 nomination after claiming multiple shooting awards at the Single Action 2019 National Championships. Woods came first in the Junior Girl (14-16) competition with an overall time of 488.05 and 68th in the overall competition.

Maurice Brown received the October 2019 nomination after enjoying another successful year on the track, including winning the under 16s 250cc NSW Speedway Solo championships.

He also took on international competition at the 2019 Speedway World Championships in Denmark.

Jeremy Ryan was nominated for the October 2020 monthly award after success at the NSW Road Masters where he took out the Men's Masters 4 road race.

Ryan claimed the road race gold at Singleton on the back of a breakaway effort with Penrith rider Bob Brace, streaking away in the final kilometre to claim an unexpected victory and his first state masters crown.

Ryan fared brilliantly over the hilly course to break away with Brace inside the last 15 kilometres of the race and no one would have the stamina to catch the pair.

"I was definitely targeting the time trial but a couple of guys there are slightly out of my league at the moment," Ryan said

"You just do your own thing in the time trial but the road race has lots of variables.

"I certainly didn't think I was going to be a huge chance of winning but I always go out there giving it 100 per cent."

What made the win all the more satisfying for Ryan was that he won the gold against riders with plenty of support.

"Because I race in a small country club, for a lot of years I've been out there by myself. You go into a race where some riders have two or three club mates. I show up to these events with no help and you just have to chase everything," Ryan said. 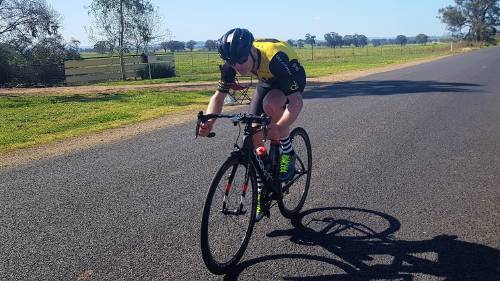 Robert Van Dyke was a joint recipient of the November 2020 nomination for his involvement within the Australian Stock Horse Society.

In that same month, he competed at the Royal Canberra Show, taking out Reserve Champion ASH Working Horse.

Peter Kirwan was the other joint recipient of the November 2020 nomination.

Kirwan fell just short of taking the top title in the Men's NSW Senior Amateur Championship. Having led for much of the tournament the title came down to a thrilling four-player playoff.

An all-round talent Ky Garratt was the recipient of the December 2020 nomination for his efforts in the Hammer Throw as the 2020 NSW All Schools Championships.

Matthew Gilmore received the January 2021 nomination for his work reaching this year's FIM Oceania Speedway Championship and the Australian Under 21s Championship.

While uncertainly around COVID-19 postponed the championships, Gilmore has recently been selected to represent Australia at the 2021 Speedway Under 21 World Championship in Europe.

Hallie Wolfenden is the first of five co-recipients of the February 2021 nomination. Wolfenden was selected for her involvement in the Western Region Academy of Sport's (WRAS) netball program.

Wolfenden was also named the WRAS March Greater Bank Netballer of the month.

Kate Proctor is the second of five co-recipients of the February 2021 nomination.

Proctor was selected for her involvement in the WRAS netball program.

Sophie McLennan is the third of five co-recipients of the February 2021 nomination. McLennan was selected for her involvement in the WRAS netball program.

Mikelli Garratt is the fourth of five co-recipients of the February 2021 nomination. Garratt was selected for her involvement in the WRAS AFL program.

The WRAS squad went on to compete at the 2021 Your Local Club Academy Games combining with the Central Coast Academy of Sport.

The Under 16s showed tremendous spirit and effort.

Chloe Robertson in our final co-recipient of the February 2021 nomination.

Robertson was selected for her involvement with the WRAS Hockey program.

Mitchell Browne is the final nominee having received the April 2021 nomination for his selection in the Group 10 representative squad.

The squad recently faced Group 11 coming away with their third win over the neighbouring competition.