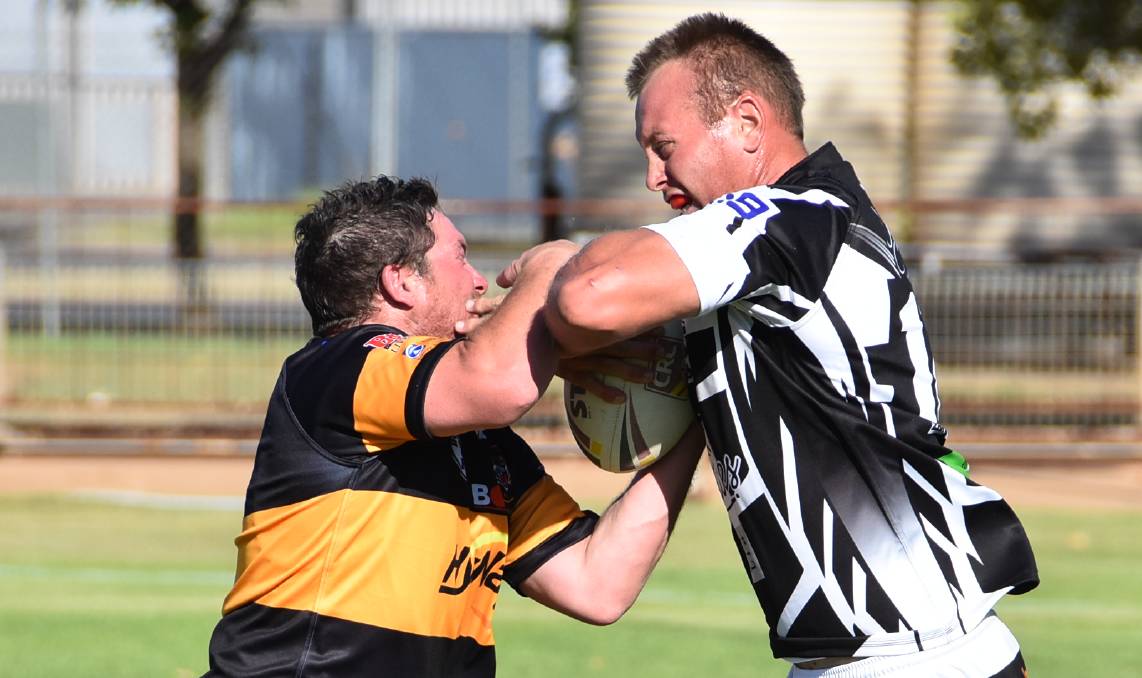 Footy has been part of Josh Rainbow's life since he was "four [or] five years old."

"I've only had one year off with a knee [injury]... when I was 13 and from then on it's just been football," the Cowra Magpies skipper said.

Furthermore, his father, Steve, a well-known local football personality, used to play, and the game became something that he was constantly absorbed in.

"It was a family thing," he observed.

"Finish school, walk down the oval, down to River Park... have a feed ... and then go down and have a training run."

Then there was game day with his mates, the locally-born player donning the Magpies kit during his junior years.

"It was real good," the soft-spoken leader observed.

"I just grew up and knew nothing different."

However, after years as an Emerging Blue, Blayney Bear, Cronulla Under 20s representative and a myriad of other achievements, the reigning Group 10 Player of the Year has called time on playing, effective immediately. 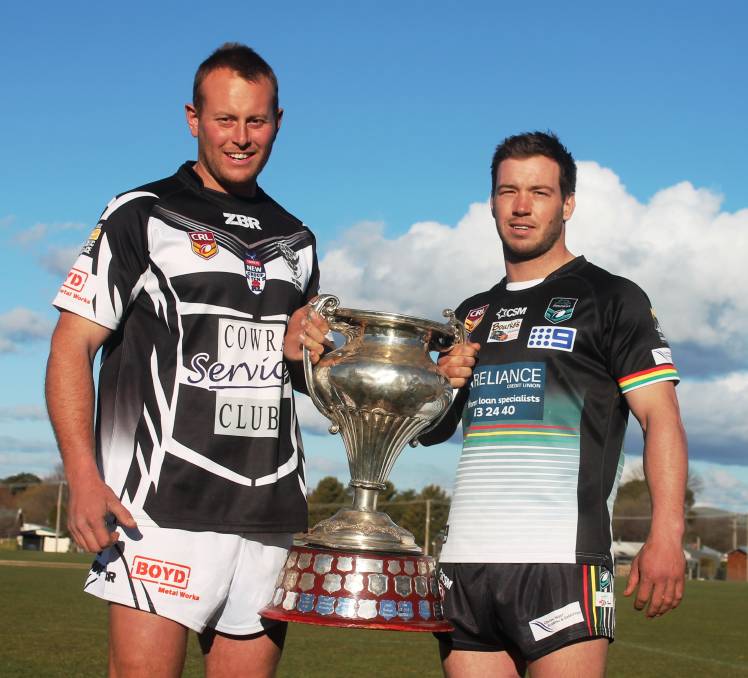 The 26-year-old was diagnosed with cardiomyopathy, an incurable condition where overtly large heart muscles put a strain on the heart's blood flow, something worsened with exercise.

"Obviously [in] the trial games, I was getting dizzy," Rainbow said.

"I wasn't fully fainting, but I was blacking out... and it'd take a bit to come back.

"... I'd do it once or twice in the first game, then two or three... in the last game [against Queanbeyan], it was three or four times [that] I'd done it.

"[I] just went into a tackle - just a normal tackle - but I came out and it took me about 10 seconds to get good."

After those last occurrences, it became clear that Rainbow needed to seek further medical advice.

Rainbow then went and got checked, which then led to a hospital visit, with "more tests and ultrasounds and stuff like that."

"The doc came up the next morning and she basically said, 'No more football for you, ever,'" he recounted.

The news quickly reverberated throughout the football club, with the relief of knowing that their playing leader's health could now be addressed balanced by disappointment for a player that was cut down just as they were entering their best playing years.

Senior coach Kurt Hancock and assistant Steve Sutton were among those who were kept in the loop about Rainbow's health, and both admitted he would be a tremendous loss on the field. 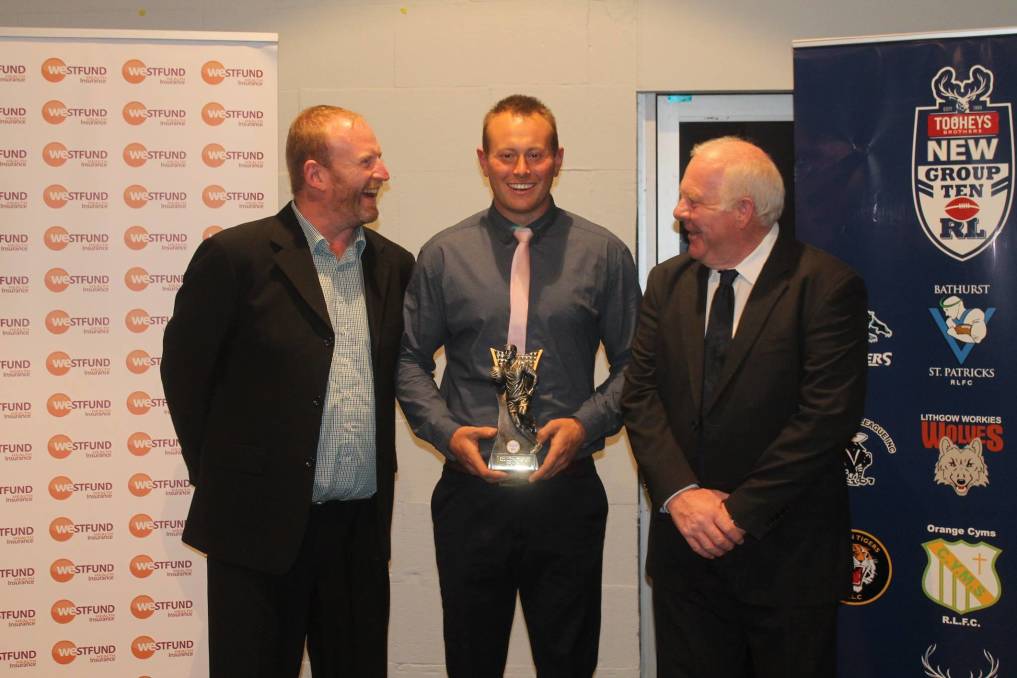 Sutton, who as a Cowra local himself played alongside Rainbow's father, and has a son the same age as Rainbow, said that the back-rower is respected across the bush footy community.

"You could go through all the Group 10 clubs to say a bad word about him and you wouldn't find them... He doesn't have a malicious bone in his body," the 2018 senior Cowra Magpies mentor said.

"He's pretty laid back... very friendly... he's a great clubman. He treats everyone the same, doesn't matter whether they're a first grader or they've just turned up at under 18s."

READ ALSO: Cowra skipper Josh Rainbow has retired a week out from the start of the 2019 Group 10 season

After years of crossing paths in junior and then senior footy, Sutton was also grateful that he - and the Magpies' supporters - got to see some of Rainbow's best footy as skipper in 2018, despite the Grand Final loss.

"To lose him and then get him back and to have him play his best footy for us was really satisfying," Sutton observed.

"He's tough, he's uncompromising... He could fill in at the halves if need be."

"I had a conversation with Dane Campbell, a recruitment guy from Melbourne Storm about this time last year," Hancock, who is also the current Western Rams under 18s mentor, said.

"He was sort of saying, 'Is there any mid-age players out there that can fit into a system? If there was one, who would it be?'

"I did say Josh Rainbow, straight off the bat. 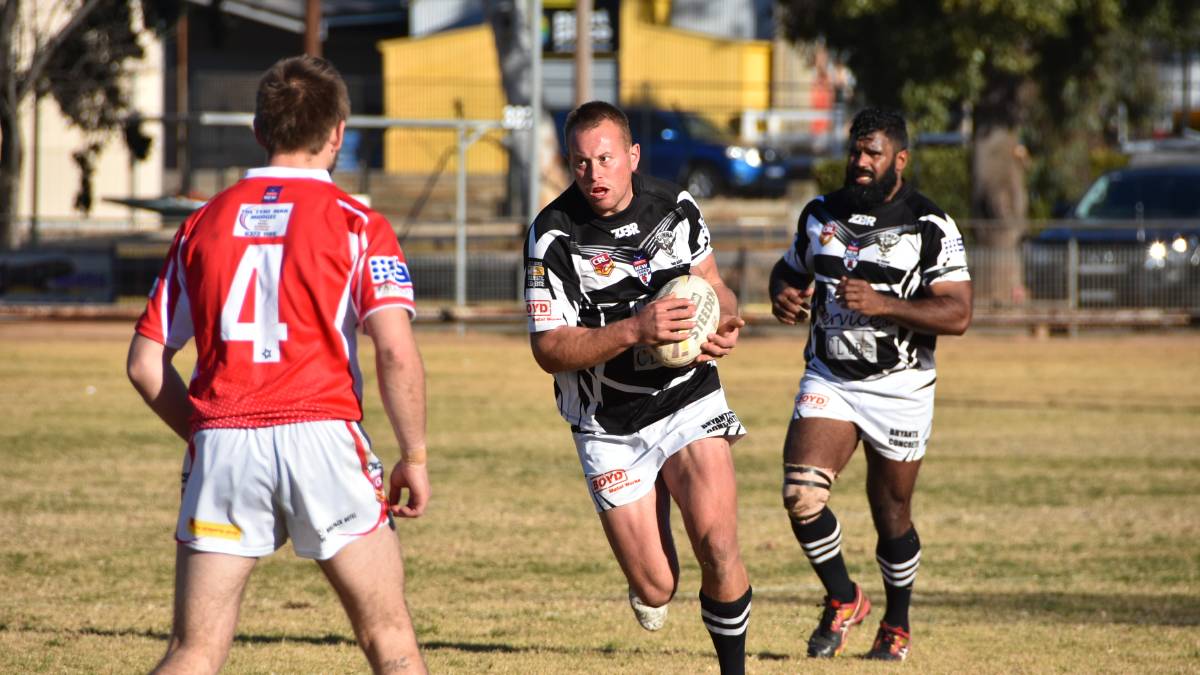 "He's just very professional in the way he does things, on and off the field," coach Kurt Hancock said.

"He's just very professional in the way he does things, on and off the field.

"He wants to inspire his teammates through his actions."

However both coaches also admit they are relieved that the problem has been diagnosed.

"If anything, it's a massive positive for him to identify this now, and not when it could've gotten [more serious]," Hancock said, who said there's a possibility of Rainbow being more closely involved in coaching in the "near future", while he's already assisting Sutton with the running of the club's mid-week training session.

Sutton echoed Hancock's sentiment, adding that it's important to emphasise the positives.

"We're glad that Josh ... has sort of got his health issue under control," Sutton said.

"The next four or five years were probably going to be the best footy that he's going to play... [but we] have to look at the bright side of things rather than the negatives."

With the Magpies already battling injuries to Jeremy Gordon, Jay McClintock and a suspension to Claude Gordon ahead of their round one clash against Mudgee at Glen Willow this weekend, Sutton also admitted it would require the recruitment of multiple players to replace Rainbow's range of skills.

"[He's] the modern rugby league player, part athlete, part footballer... We might have to get two or three players to take on [the] traits that he is leaving behind," Sutton said.

As for Rainbow, he admits that after being told by doctors he is restricted to walking for the moment, it's a struggle to get his head around what he can do, especially as someone whose work as a builder and footy player was closely aligned with physical exercise.

"[It] shocked the shit out of me... [but] as they said you can't do nothing about it now; it is what it is, it's incurable," Rainbow reflected.

"The doctor in Orange basically said, 'It's the first time I've ever told someone, but do not exercise.'"

"It's killing me already... [I] can't even run the water; I think I'm the official orange peeler," he joked.