ALMOST 18 months after NSW Police injected extra resources into rural crime, officers say they're making headway, but stock and firearms theft, as well as trespass and illegal hunting, continue to give farmers and investigators the most trouble.

The Rural Crime Prevention Team has been in place since March 2018, with 42 officers and four civilian staff now dedicated to limiting crime within the agricultural sector, with an additional 18 rural crime investigators to be added during the next three years.

Six are currently being recruited.

While any police officer can take a report, rural crime investigators are specialised and provide expertise to their police district.

READ ALSO: How humans changed the Earth in the last 3000 years, study shows

Orange, Bathurst and Mudgee each have one investigator attached, with an extra two in Dubbo and three in Parkes, with Bathurst to gain one more in the next year.

State rural crime co-ordinator Detective Inspector Cameron Whiteside said having the team in place had boosted awareness about rural crime, with the number of Facebook followers increasing from 13,000 in January last year to more than 36,000.

However, he said the main rural crime categories were consistent across the state.

"They're just easier to round up - cattle are bigger and more difficult to manage," he said. The number of stock thefts fell from 2017 levels, which included more than 22,000 sheep and cattle stolen, worth a combined $4.8 million.

Detective Inspector Whiteside said the drought had an impact on the decline, but the numbers were still considered fairly consistent and early reporting of stock theft was essential to recover the animals.

"If you can narrow the window from the time they're stolen, it increases the opportunity to solve that crime and recover evidence," he said.

"The longer the delay, the longer the stock has to proceed to a saleyard or abattoir and eaten anywhere across the country or internationally."

READ ALSO: The NSW south coast house for sale with a price guide of $3.9 million to $4.1 million

Investigators have been able to check stock DNA against Department of Industry records thanks to faster testing, and covert operations have also been in play.

"Historically the testing was done overseas, but now we've got our own and that can aid our investigations," Detective Inspector Whiteside said.

While goats are considered feral, they have become attractive for trapping due to the price they command in the market.

"We're finding people are going to great extents of trespassing to steal those animals," he said.

With illegal hunting also involving trespass, Detective Inspector Whiteside said people were "quite aware of what they can and can't do".

He said the team's work was as much about prevention as investigation, with workshops held in partnership with NSW Farmers.

"One of the biggest pieces of advice we give to farmers is to step outside the farm and think, if you were an offender, what would you take and how would you get it?" he said.

One of the biggest pieces of advice we give to farmers is to step outside the farm and think, if you were an offender, what would you take and how would you get it?

"People think if you tighten your security, it will push it to the neighbouring property, but the reality is, if the neighbour does something, it's pushed further and further away."

officers across the region saw the other side of the drought, when farmers struggled to keep their stock fed and welfare checks were required.

READ ALSO: What's the most Australian way to eat bacon?

In more severe cases, the animals are removed from the property with police acting to keep the peace.

Police across the region have attended three incidents this year.

"It doesn't happen often, but people are struggling wherever you go," he said. 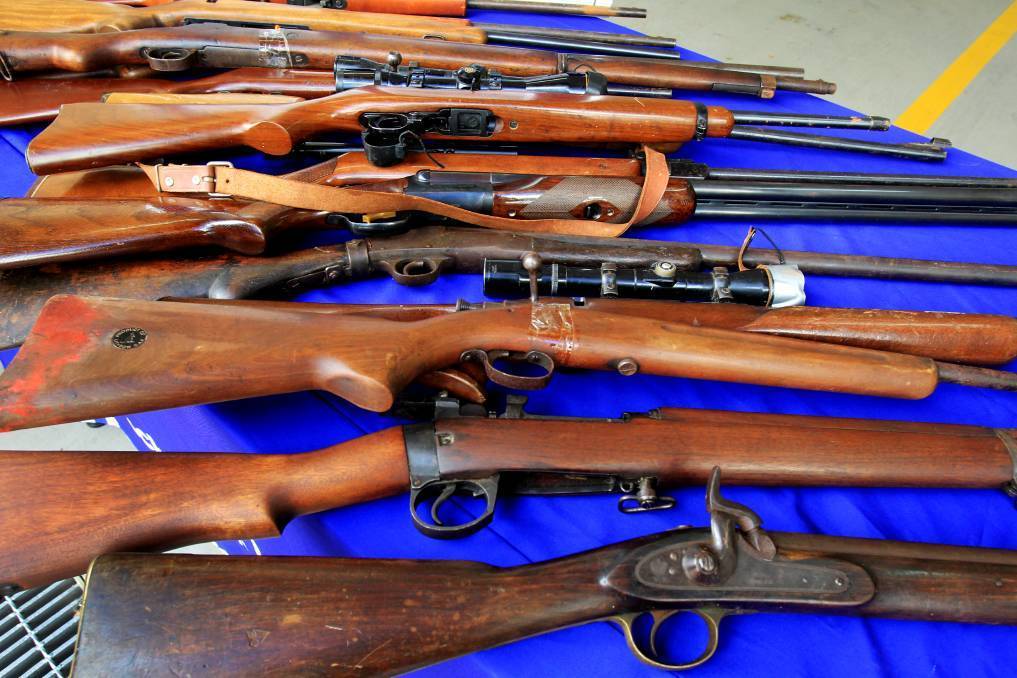 GUN owners have been reminded about safe gun storage as police try to curb firearms theft.

Regulations changed in September 2017 in an effort to limit theft opportunities from unattended sheds, requiring gun owners to keep their firearms at a main place of residence in a location which can be easily seen from the house.

Rules also apply to transporting guns, meaning owners must take all reasonable measures to ensure the gun is not lost or stolen, keeping it free of ammunition and ensuring it cannot be seen from the outside the vehicle.

READ ALSO: NSW Labor leader Jodi McKay has admitted the party is in a "terrible state"

Shooters requiring supervision should be within their supervisors direct line of sight at all times.

State rural crime co-ordinator Detective Inspector Cameron Whiteside said the changes had been in force for some time and the number of firearms stolen in the year to June fell 19 per cent on the previous year's levels, but some firearms owners were still leaving their guns vulnerable.

"Offenders are looking for keys nearby and finding those keys for easy access," he said.

"There are firearms in sheds that are right near angle grinders and oxy [fuel] equipment that make it easy access."

Offenders are looking for keys nearby and finding those keys for easy access.

"They need to ensure their social media is secure and doesn't identify their location," he said.

Meanwhile, the Coalition will put forward legislation for tougher penalties for farm trespass, meaning offenders could face up to three years in jail and $22,000 in fines.

The penalty will form part of the state's first right to farm legislation, where trespassing in a group, damaging property, releasing livestock and tampering with farm gates and ramps would be considered aggravating factors by a court.

Inciting others to trespass would also be an offence.

At the moment, trespass is a fine-only offence, although extra fines, up to $220,000, for breaching biosecurity were introduced in July.

Minister for Agriculture Adam Marshall said the $5500 maximum for trespass only was a "slap on the wrist".

"We've listened to [concerns] and will now establish the toughest possible penalties in the nation," he said.

Mr Marshall announced a review in April after nine animal rights activists strapped themselves to a conveyor inside a meat processing factory in Goulburn.

'We need all the help we can get': NSW Farmers 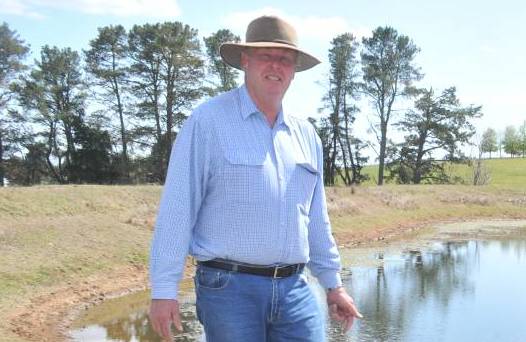 THE people taking the brunt of rural crime say any extra help is a good thing.

NSW Farmers have been working with the Rural Crime Prevention Team since before more officers were added to the task.

"You've brought them up to the marketing stage and someone's taken your hard work for the past six, nine, 12 months - it's your income," he said.

"Some might insure their stock, but it's not cheap."

Mr Reynolds said he was also aware of people stealing diesel and equipment from farms, through to fodder.

"There were a couple of cases where silos were emptied by people in the last 12 months... out Molong way," he said.

Mr Reynolds said it was important to have police dedicated to the farming sector and prosecutions were the best deterrent.

"To have the extra police to investigate and get the prosecution is a major advancement," he said.

To have the extra police to investigate and get the prosecution is a major advancement.

He spoke highly of cameras and even driveway sensors to alert homeowners when someone entered the property.

"They're not that expensive and some people have been caught in the act," he said.

"I'd like to advocate a form of neighbourhood watch so that if people see a number plate they don't recognise as a local, take it down and if there's an issue, it might help police."

However, he warned landholders to stay safe after one farmer near Orange was caught trying to take phone footage and the offenders took the phone from him.

"Those people were caught, as far as I'm aware," he said. 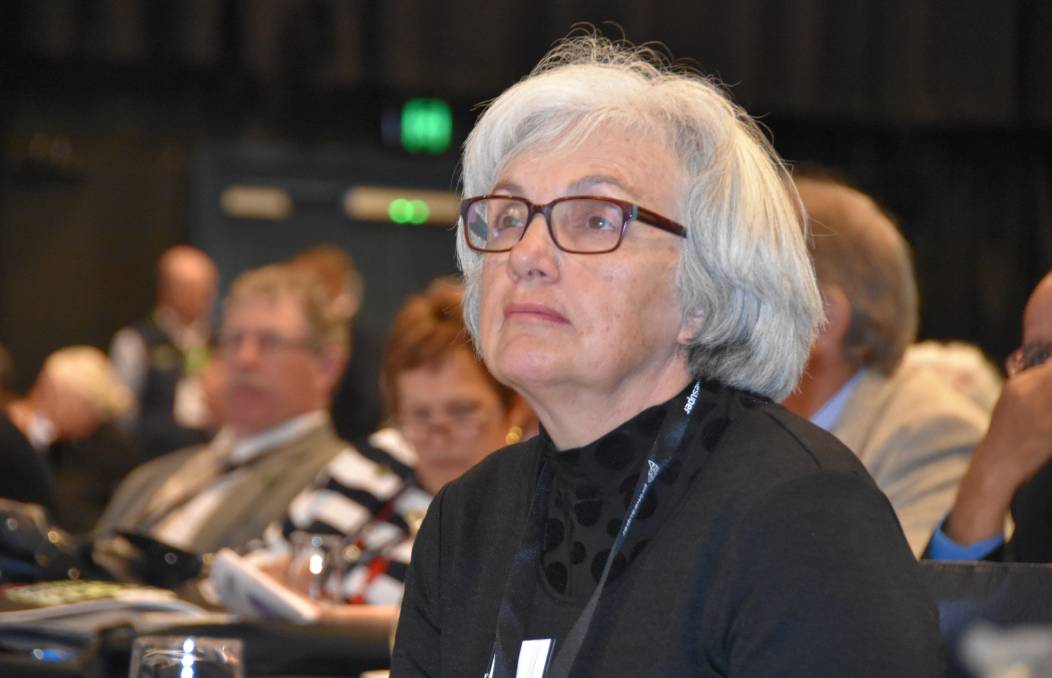 Its targets of illegal hunting, stock theft, trespassing and firearm theft were on the mark in her view.

"Illegal trespass is a real concern to farmers because of the biosecurity threat," Mrs Kilby said.

"And that means people coming on to your property who aren't endorsed or have permission, this is important to see these people report to the home or report to the farm owner before they enter the property to manage any biosecurity issues."

"Farming families are mainly living in isolation, they're not living in close proximity to other neighbours, so there's always a concern if someone comes on to your property who hasn't requested permission," she said.

Linked to trespass as a concern was damage done to fences, machinery, equipment, sheds and other property, Mrs Kilby said.

Illegal trespass is a real concern to farmers because of the biosecurity threat.

The NSW Police and Crime Stoppers campaign will provide information on how regional communities can deter or prevent crime in their area while encouraging the community to report crime.

The farmers' representative urged landholders to speak up about crime to authorities each and every time.

"I would say it's very important for farmers to report any incidences of crime, it is the way to bridge the gap from the crime happening to getting some sort of resolution..." Mrs Kilby said.

It's important to report incidents 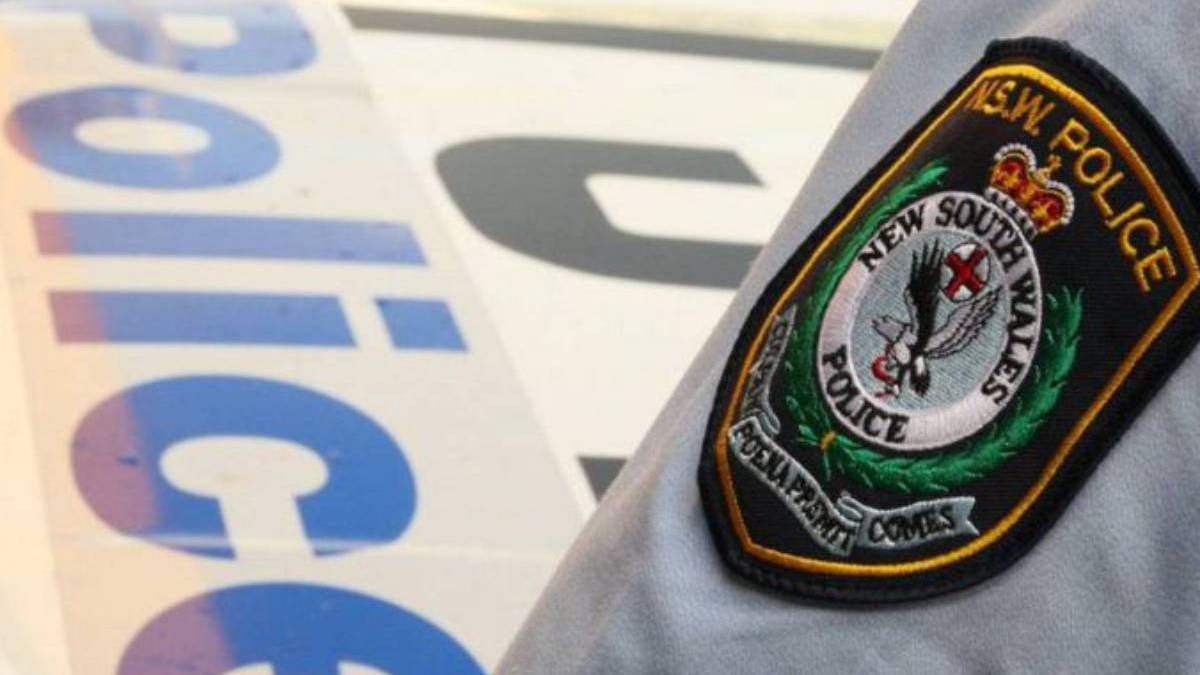 JOHN Lowe has worked the land his entire life and knows the devastation rural crime, and stock and property theft in particular, can have on farmers.

Mr Lowe, whose property is between Lithgow and Oberon, said the most problematic form of rural crime is when one or two stock disappear, which can initially go unnoticed.

While he hasn't heard of stock theft of late, Mr Lowe said it happens.

"It's nothing new. Stock theft has been going on for years," he said.

READ ALSO: Inside the 'shed' named Australia's house of the year

"The most insidious form is when one or two stock go missing at a time. It's hard to confirm."

Most recently, he heard a local resident had fuel stolen from the farm shed.

Mr Lowe said thefts of these types are always hard for farmers, but even more so in the drought.

"It's just another body blow. Farmers are already under pressure; most of us are under a fair bit of pressure. When you find out people are knocking off your inventory, psychologically it knocks you around," he said.

It's nothing new. Stock theft has been going on for years.

Mr Lowe said it was great NSW Police had specialised officers targeting rural crime offenders and encouraged his fellow farmers to make sure they report all incidents.

"It is always easier to report things when you see them no matter how trivial they seem to be," he said.

"If something minor turns into something major, for the police, it's like trying to do the investigation with their arm tied behind their back.

"Even if it's something minor, it raises a flag with the police. You might only have two or three sheep missing, but if five or six other farmers in the district report the same thing, the police can see it's a bigger problem."