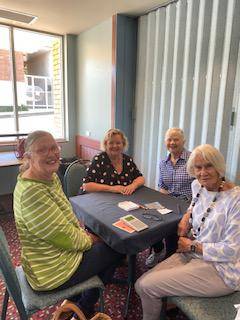 On Wednesday, November 17, four tables played a Howell with the following results:

On Monday, November 22 four and a half tables played

Congratulations to these winners.

Play starts at 12pm on Monday and 4.45pm on Wednesday.

Hunt for a baggy green

What do you think?

Send a letter to the editor by filling out the online form below.