The latest figures of vaccination rates across the state by Local Government Area have been released by Federal Government's Department of Health with nearly the whole region over 70 per cent double vaccinated. 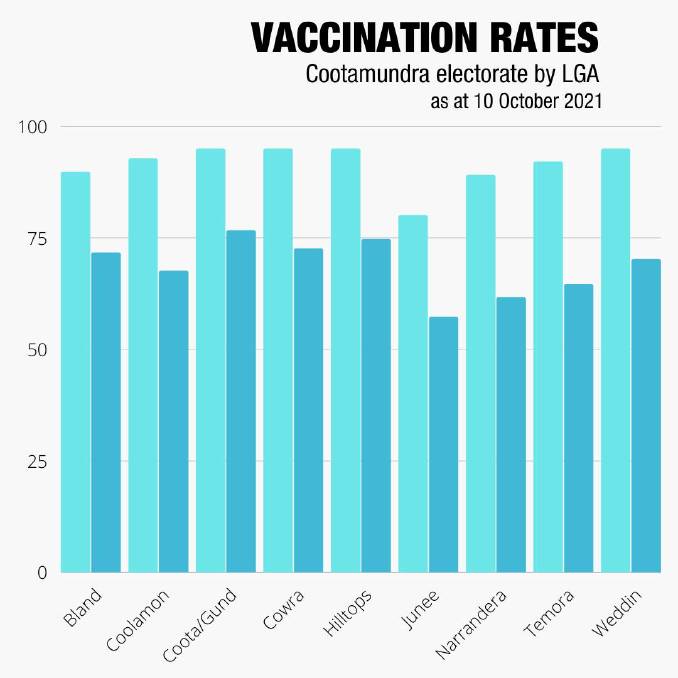 Next best in the area is Cootamundra-Gundagai Council who have over 95 per cent of its eligible population over 15 years of age having had their first dose and 76.7 per cent have been fully vaccinated.

Following on closely behind in the region is Hilltops Shire Council with over 95 per cent of its 14,962 over 15 years of age population having had its first dose and 74.7 per cent having received its second dose.

The worst performing areas are Temora who have yet to reach the double vaccinated 70 per cent mark. At the time of going to print 92.1 per cent of Temora Council residents aged 15 and over had received their first dose and only 64.7 per cent had been fully vaccinated.

This story Vaccination rates hitting their targets first appeared on The Young Witness.