At 56 years of age the woman from Balgowlah, Sydney, who hit the public speaking circuit after retiring from her international beach volleyball career, says she's fitter than she has been in years.

"I hadn't worked out in many years. I tried every now and again to get into a routine and it would last about a week or two. You get distracted and then you forget about it and you're back to zero again," she says.

"But with COVID I didn't have anything else to do so I'd work out at home, then walk along the beach from Manly to Shelly and back, through North Head."

"I was getting really fit and I was noticing the changes in my body and I felt good, and I felt strong. This is why I'm so adamant about women my age not thinking it's the end of the road, you can make a comeback for your health and fitness."

Never too old for a challenge

Pottharst grew up in Adelaide but has lived in the northern beaches for the past 25 years. She became a household name in the year 2000 when she won a gold medal in beach volleyball at the Sydney Olympic games.

Now - more than two decades after that famous Olympics victory - she is set to take on what she calls the "grandmother of all challenges," SAS Australia.

The show pushes prominent Australians to their limits by putting them through the gruelling physical and psychological tests from the real SAS selection process. 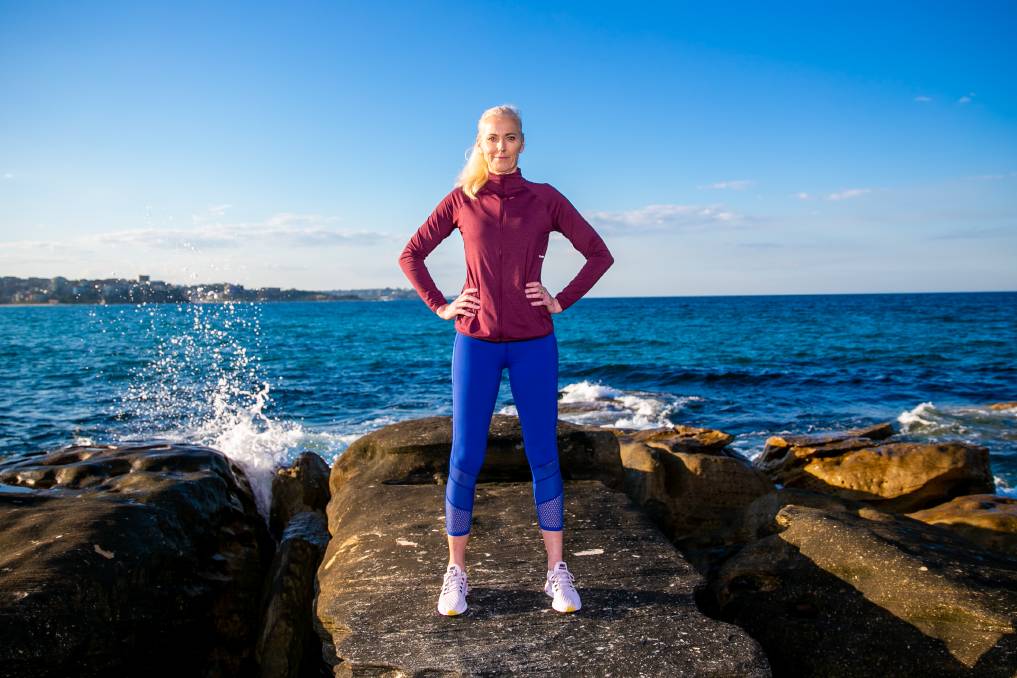 Balgowlah local Kerri Pottharst is never one to shy away from a new challenge. Photo: Geoff Jones

"Originally when I was speaking to one of the other recruits, Jana Pittman, she sent me a message on Facebook and then I wrote a response saying 'no that's crazy, I couldn't possibly do that I'm too old and broken,'" Pottharst says.

"And before I hit send I just sat there and stared at it for a while and I closed my eyes and thought, maybe I should at least talk to the producers. So I deleted the message and I wrote exactly that."

Her decision wasn't just about challenging herself and pushing her re-discovered fitness to the limits. It was also about showing other women her age what they are capable of.

"I've always been inspiring people from Sydney with my story and I wanted to inspire people around my age group to actually take on challenges and not be afraid and not let age be a factor in getting out there and enjoying life," she says.

"By doing something so huge it would give me the ability to say to other women around my age, if I can do this then you can do whatever you're holding yourself back from,"

Pottharst has never been one to shy away from a challenge. She thrives on adrenaline and approaches life with a "try everything once" attitude.

"I don't want to live with regret and think maybe I could have done that better or maybe I should have said yes. Maybe I'm a bit of an achievement junkie, I just want to try new things and reach new heights all the time," she says.

"I think the only reason I'd redo something is if I didn't think I gave it everything, I'd want to have another go and just do my best. That's one thing my parents always instilled in me, if you're going to do something, give it your best right away."

It's this drive to succeed which motivated Pottharst to get back on the volleyball court and reach new heights after a knee injury ended her indoor volleyball career.

Pottharst played indoor volleyball on the national team for 10 years. In 1992 she says a ruptured cruciate and medial ligament and damaged meniscus and cartilage "pretty much ended" her indoor volleyball career.

"After a year of trying to rehabilitate, I made the switch to beach volleyball and it was a whole lot softer on my joints," she says.

Making the switch to the sand opened new possibilities for Kerri. She says going to the Olympic Games when she played indoor volleyball was "never an option" as the Australian team was never up to scratch in the qualifiers.

But in the 1996 Atlanta Games, beach volleyball was introduced to the Olympics for the first time. And she and her playing partner Natalie Cook were already impressing at a world level.

"When I started playing on the beach volleyball world tour we were always in the top 10, we were just behind the Americans and the Brazilians," she says, describing how they managed to make it through to the bronze medal match against the American team. 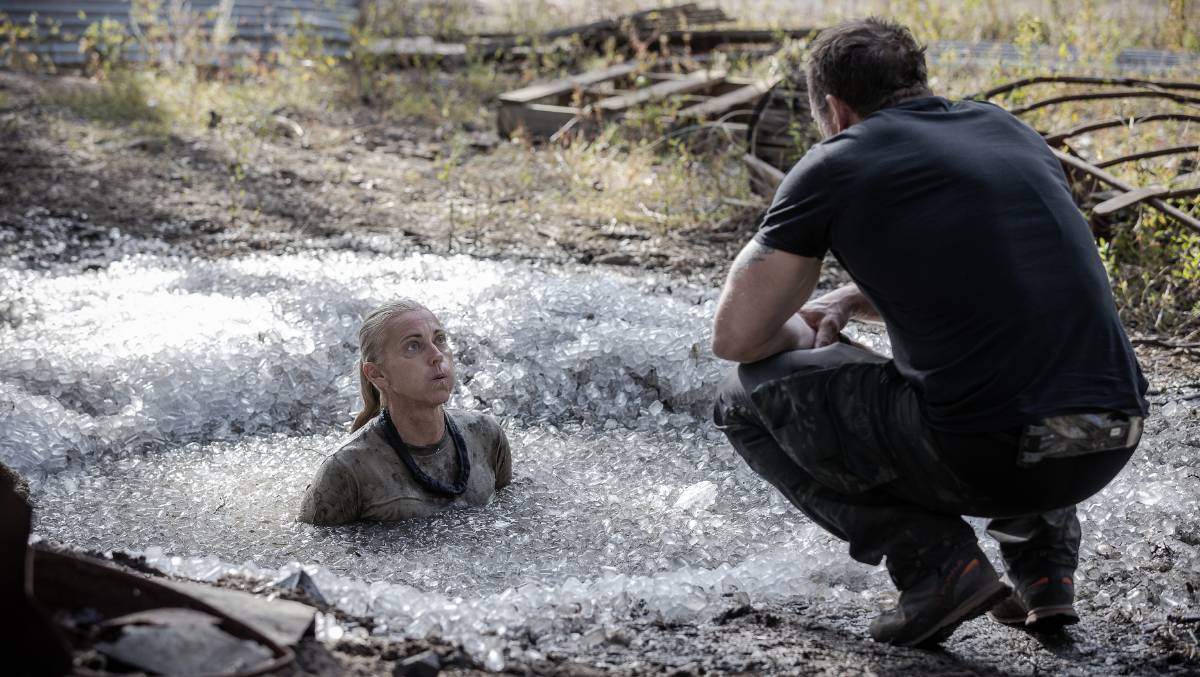 Kerri Pottharst puts her body and mind to the test in the gruelling challenges on SAS Australia. Photo: Channel 7

"It was pretty incredible, we were playing the Americans in front of an American crowd, cheering and chanting USA. We really came together when we needed to and did all we could to win that match"

The pair were beaten out for the gold and silver by two Brazilian teams. But the bronze medal, which is handed over to the recipients first, was a milestone in its own right. It was the first medal ever awarded at the Olympics for the sport of beach volleyball.

"It was a pretty sweet moment, and we realised it was a big moment for our sport as well," she says.

When you have 10,000 people cheering for you it's very different from against you, you feel a lot more pressure.

The next stop for the dynamic duo was the Sydney 2000 Olympics. The pair had split up for a few years but reunited for the Sydney games. Expectations for the pair to perform well were sky high and playing against a home audience was "daunting," says Pottharst.

"When you have 10,000 people cheering for you it's very different from against you, you feel a lot more pressure. Our first match on the sand at Bondi we almost lost because we were so overwhelmed by it and almost scared," she says.

"You can't get wound into it, or get involved, because it will distract you."

Thanks to a level-headed approach to playing instilled in them by their coach, Steve Anderson, the pair won gold.

"I realised what we achieved and it hit home, that's when all the emotions just entered and flowed through. Everything from relief to joy to excitement to fear."

The Olympic medals aren't the only honours Kerri earned through her sporting career. She earned 25 podium finishes over eight years on the World Beach Volleyball Tour and was inducted in the Sport Australia Hall of Fame in 2014 for her service to the sport of beach volleyball.

Although Pottharst has been recognised by "thousands" of people who have come up to her through the years, she says she hasn't let the fame go to her head and has "always been pretty down to Earth and easy to communicate with." For her, being recognised is a responsibility.

"I felt a big responsibility once I won a gold medal because I knew that other athletes, not just in my sport, and people in general would look up to me because in Australia, Olympians are put on a pedestal and looked up to," she says.

"I really took on the role of being a good role model for kids, women, our sport, sport in general and women in general. I would never, ever, take that for granted." 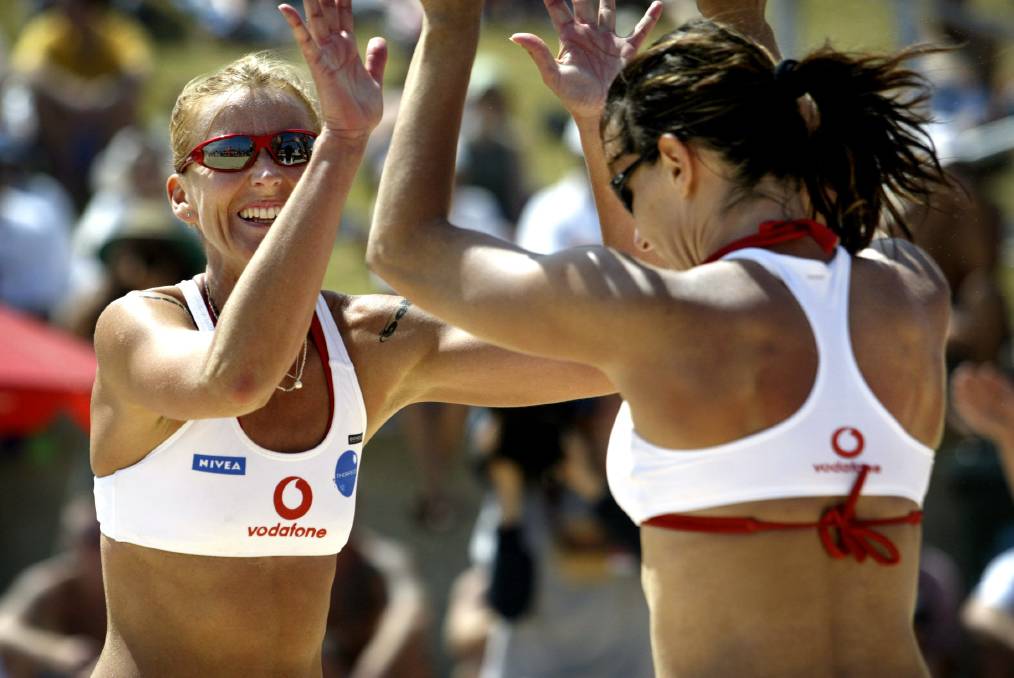 With the amount of interest in her story, Pottharst took to the stage, sharing the secrets of her success with eager audiences around Australia. Forging a career as a public speaker is not something she set out to do but she said there "was no real luck involved".

"I didn't think 20 years ago that I would still be speaking, and still be creating an income out of the success that I've achieved but, I'm very aware of it now. I didn't think people would want to know how we created that success," she says.

"I've always had this teaching aspect of me, I wanted to be a teacher when I left high school but I never ended up going to university because I went straight into playing volleyball, and I needed to work to pay for volleyball."

"It's just who I am, I want to help people do things and pass on knowledge that I've learned."

As much as her stories inspire others, others inspire her. Pottharst is motivated to take on new challenges from seeing other people succeed or excel. Speaking on her experience filming SAS Australia, Pottharst says watching the other participants complete challenges gave her the confidence she could do it too,

"On the show I underestimated what I was able to do. I was astounded at what I could do," she says.

"I just did it because everyone else was doing it, if I was singled out it would have felt a lot different. But as soon as I see someone else do it I feel like I can do it. And that's how I've felt about everything."

Pottharst says it's not just women of her age who underestimate themselves, but all people. She says anxieties of not being good enough or being past your prime can hold people back from reaching their potential.

So how can people put aside self doubt and achieve amazing things?

"You need to dream a little bit about what you want to do and what you want your life to look like in five or 10 years time, you need to have something to work towards. If you don't have a goal or a dream or an idea then of course there's nothing really driving you," Pottharst says. 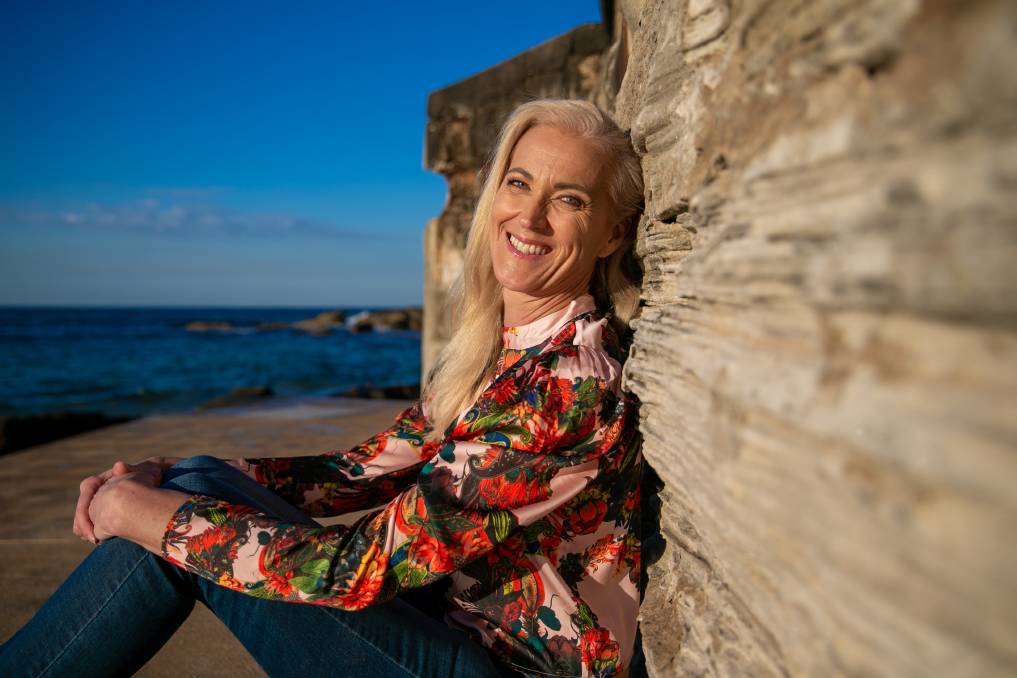 Kerri Pottharst hopes to inspire others to take on challenges of their own. Photo: Geoff Jones

"Then you need to figure out why you want that, and delve into your reasons behind it."

With the "grandmother of all challenges" behind her, what's next for Pottharst? She says doesn't have any physical challenges on the cards at this point, other than staying healthy, but her next project is creating a "thriving coaching business, helping people with the human art of high performance".

"I think it would drive me absolutely bonkers after about a week. I like to have the freedom of being able to do my own thing and create my own destiny."

How to flip your fears

"On one piece of paper write down all your fears about what's going on right now, and what you're afraid of trying to do, all the negative stuff. Then get another piece of paper and flip every one to the positive."

"Your fear might be 'I'm too old to start lifting weights,' for instance, then on the other piece of paper you'd write 'I love learning how to make my body stronger.' You're starting with that first positive step."

"Flip all those fears, then get rid of the negative piece of paper. Rip it up, burn it. Never look at it again."