The 60th anniversary of the Australian of the Year Awards was an extravaganza of functions, topped off by the stunning awards ceremony at the National Arboretum in Canberra. Awards alumni, celebrities, press, 10 hours of sleep in four days - what a whirlwind! And then, the unexpected happened: I received the award! I should have been more confident after learning a few days earlier that I had the best odds on SportsBet. However, I didn't believe a doctor from Adelaide could win two years in a row.

My first month was filled with excitement and anticipation and the invites to speak flowed in. I was to be away most weeks, with countless opportunities to talk about the toxic impact of sugar, the blinding consequences of diabetes and the sight- and life-saving work of the charity I helped establish, Sight For All.

Then in early March, COVID-19 crashed the party. One by one, all these engagements dissolved away. I was flattened, but not defeated, spending my time productively to create three keynote talks. The world was consumed by the coronavirus frenzy, so I had to pro-actively seek opportunities to deliver these presentations from my study, harnessing the new online webinar world, speaking to the computer screen and the unseen faces beyond. Dr Muecke and the other state and territory finalists in the 2020 Australian of the Year Awards. Picture: National Australia Day Council/Salty Dingo

I delivered 67 online presentations during my term, the majority dedicated to raising awareness of the ravages of type 2 diabetes and the origins of our dietary disaster. I filmed my lead keynote, Blinded, which has been viewed nearly 40,000 times on one site alone. There were only 17 live presentations, most toward the end of the year, and all in Adelaide. I had dozens of media interviews, participated in 30 podcasts, and penned five opinion articles for The Canberra Times and the Australian Community Media network. My social media messages also had an impact, with Facebook posts alone achieving a reach of over one million.

I wrote to South Australia's three universities and the Adelaide Women's & Children's Hospital, convincing them to remove much of the junk food from their vending machines. I wrote to the Australian Communications & Media Authority to encourage them to stop playing TV commercials for unhealthy products on free-to-air TV during those hours when our kids are watching. Sadly, no luck there.

I met with Coles and Woolies, and wrote to many of the other supermarket and store chains, encouraging them to curb their predatory sales and marketing tactics. Once again, I had no luck. Pleasingly, Australia Post removed junk food from checkouts at over 700 of their corporate stores, following my interview with Christine Holgate at an Australia Post executive dinner.

We still have a long, long way to go with our diabolical food environment, to protect our children and the vulnerable from the insidious grip of the ultra-processed food, sugary beverage and fast food industries. And the food and beverage landscape is bordering on criminal in poor socio-economic areas and many remote Aboriginal communities where type 2 diabetes is soaring.

I joined the Expert Advisory Group for the review of the National Diabetes Strategy and persuaded our Department of Health to include reversal of type 2 diabetes in this document, for the first time ever, giving hope of remission to the 1.7 million with type 2 diabetes and the 2 million with pre-diabetes. 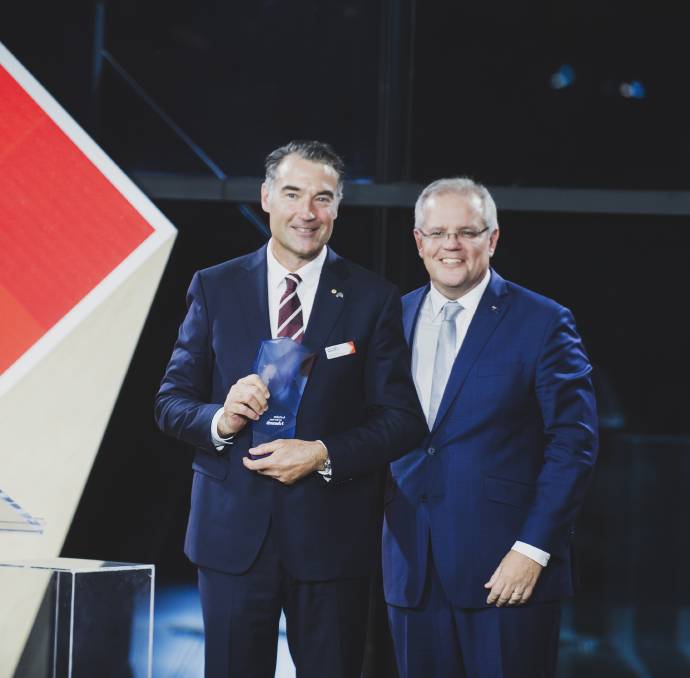 I persuaded Diabetes Australia and a number of the state-based diabetes associations, including Diabetes SA, to admit that type 2 diabetes doesn't have to be a progressive life sentence, and to change the wording on their websites. Once again giving hope to newly diagnosed patients with this all-consuming sight- and life-threatening disease.

I met with Health Minister Greg Hunt on Zoom and Shadow Health Minister Chris Bowen in the flesh, sharing my deep concern regarding the declining metabolic health of Australians, and proposing a multi-pronged strategy to reverse it. It seems to have fallen on deaf ears, though. In the recent budget, not one dollar was committed to the prevention of type 2 diabetes, despite the fact that in 2020 we lost 15 times more lives to diabetes than to COVID-19. And despite the fact that we're 12 times more likely to die from COVID-19 if we have a diet-related chronic disease such as type 2.

The climax of my year was a controversial address to the National Press Club in December, discussing the many barriers to overcoming our man-made and highly avoidable chronic disease epidemic. The highlight of my year, though, was the opportunity to film with mercurial English doctor Michael Mosley for his upcoming documentary for SBS. Perhaps this three-part series will have the reach and impact so desperately needed in this country.

Winning the award still seems like a dream, the entire year quite surreal. Only one person recognised me as Australian of the Year for 2020, in 2020. To be honest, I was quite happy to fly under the cover of COVID-19. In fact, the pandemic gave me more time to dedicate to this seriously important role.

As I watch my successor as Australian of the Year, Grace Tame, make her own powerful impact on the national stage in 2021, and with nominations for the 2022 awards closing on July 31, I encourage every Australian to nominate someone in their community or their field whose efforts and achievements inspire them.

For me, being Australian of the Year in "the toughest year of our lives" was a thrill - an experience I wouldn't trade for the world. Thank you, South Australia, the Australia Day Council of SA, Adelaide University, Royal Adelaide Hospital and Sight For All for giving me that incredible opportunity. It's been the highlight of my life.

ACM, the publisher of this masthead, is media partner of the Australian of the Year Awards. Nominations for the 2022 awards close on July 31. Nominate someone inspiring at australianoftheyear.org.au

This story Australia, thanks for the opportunity first appeared on The Canberra Times.