Cowra Mayor, Councillor Bill West has said this year's judging panel have a hard job ahead of them, with the calibre of nominations for the 2021 Australia Day Awards very impressive.

"The nominations put forward this year are from all around the Shire and from a variety of voluntary roles, showcasing the truly outstanding individuals and groups that we have living in the Cowra Shire," Cr West said.

The Awards will be presented at Cowra's Australia Day celebrations on Tuesday, January 26 at the Cowra Civic Centre.

All Australia Day events will be free of charge, but ticketed to ensure numbers comply with the current COVID-19 restrictions.

Council will continue to closely monitor the COVID-19 situation and adapt Australia Day activities as necessary to comply with NSW Health restrictions.

The nominees for the 2021 Australia Day Awards are:

Community Group of the Year

For the past five years, the committee has worked tirelessly holding monthly meetings to establish the Adventure Playground at Bellevue Hill with the official opening held at the end of 2020.

This facility provides a safe, adventurous place for visitors of all ages to explore and enjoy, while using the natural attributes of the area.

To enable the construction of this facility, the committee conducted extensive community fundraising and were also successful in obtaining a NSW Government grant. 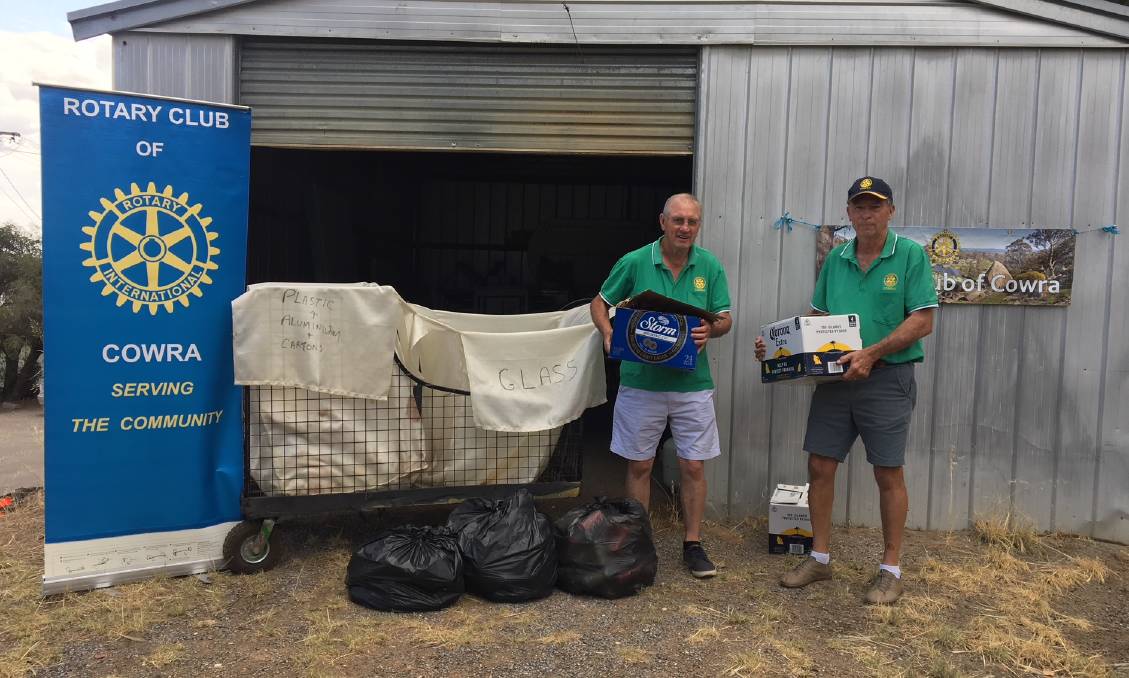 For over 80 years, Cowra Rotary Club has provided assistance to the Cowra community in many ways.

These include fundraising for and participating in local causes such as support for Congolese refugees, the development of Europa Park, commencing a support program for the Return & Earn Scheme and launching their Pride of Workmanship Award in 2019.

Cowra Rotary Club continues to contribute to annual World Peace Day celebrations, they introduced the Rotary Youth Driver Awareness training aimed at promoting safe behaviours and driver awareness in those about to get their licence and support the National Youth Science Forum, sponsoring senior students annually to attend a science course in Canberra.

Young Citizen of the Year 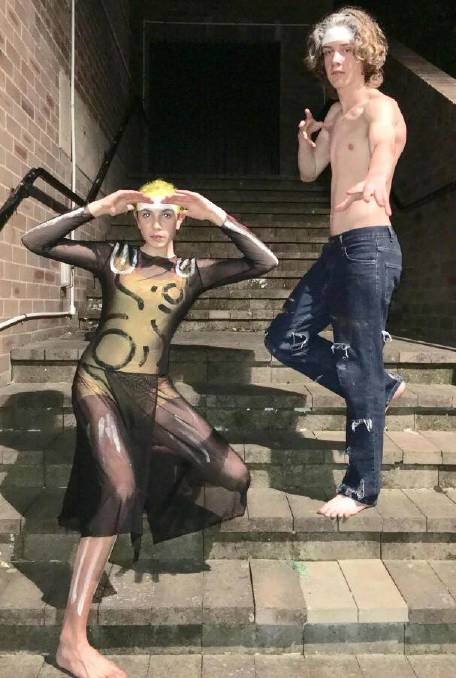 Lowanna has been on the Cowra High School Students Leadership team for the past five years and is currently school captain.

She is also a Peer Support Leader and role model for young people in the broader Cowra community.

She has been a member of the Cowra High Junior Aboriginal Education Consultative Group as both Treasurer and Secretary for a number of years.

Lowanna is also a proud Wiradjuri woman and as an advocate of reconciliation, most recently lead the 2020 NAIDOC ceremony at Cowra High School and is an integral member of the Wagambirra Dance Group.

Elizabeth is a member of the Cowra Youth Council and, at only 15 years old, has made a strong contribution to this role and is a voice and advocate for various initiatives including raising awareness of mental health issues during Mental Health Month.

Elizabeth displays wisdom beyond her years and has often addressed her school, advertising and encouraging involvement amongst her peers in Youth Council initiatives.

Elizabeth is involved with the local parish and other local events including Clean Up Australia Day, Youth Council movie nights, Youth Week and the Graduate Womens Branch dinner.

Elizabeth is a model student who gives up her time weekly to tutor and mentor primary school students.

Mary-Ann has a passion for entertaining through music and has shared her enthusiasm with the Cowra community for many years through forming and conducting community choirs for CWA State Conference and her role as Musical Director for Carols in the Gardens for more than 10 years.

Mary-Ann has also been a very active member of the Cowra Eisteddfod Committee since 2013, fulfilling roles such as Instrumental Co-ordinator, Vocal Co-ordinator and Vice President. 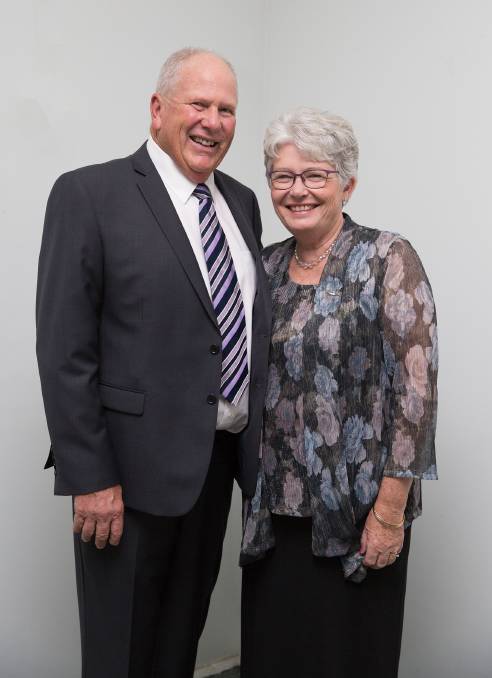 Maree has had an enormous impact on Cowra's art and cultural scene over many years through performing in several Cowra Music & Dramatic Society productions as well as being Musical Director for other productions.

Maree is a founding member of the Cowra Men's Choir at St. Raphael's Church and is a regular organist for masses at the church.

Cowra Citizen of the Year

Bob's volunteer work over the past 30 years has always been for the betterment of a wide range of people throughout the community.

Bob has been awarded Cowra Rotary Peace Award in 2010, Lions Citizen of the Year in 2013-14, and the Japanese Emperor's Order of Rising Sun with gold and silver rays (highest award possible for a non-national) for services to Australia-Japan relations and understanding.

Bob's current role as Chairman of the Board of the Japanese Garden and Cultural Centre involves many hours and has been particularly demanding and complicated this year due to the restrictions placed on the centre as a result of the COVID pandemic.

Stephen is the President of the Cowra RSL sub-Branch and has held this position for the last two years.

Stephen was instrumental in co-ordinating Anzac Day celebrations with the Cowra District Band during COVID lockdown - a memorable way for the Cowra community to commemorate the occasion in 2020.

Stephen has also been elected to the position of Vice President of RSL NSW South West District Council and also supports his community in his capacity as a Retained Fire Fighter and as a Medical First Aid attendant for Cowra Rugby Club.

Pat has been the instigator and Chairman of the Cowra Nature Based Adventure Playground since its inception five years ago.

He has led the committee, inspired fundraising, organised grant applications and working bees during this time to ensure the playground was finished.

The park is in constant use by locals and is also now a tourist attraction for visitors to Cowra. Cheryl has been making a positive contribution to the Cowra community more than over 40 years through her voluntary work and outstanding service.

Areas that Cheryl has been involved with include Aboriginal youth, where she has fostered education, cultural and career opportunities for Aboriginal students during her teaching career at Cowra High School and in her own time; the Cowra Eisteddfod Inc. where she has volunteered at eisteddfod sessions for many years and been active on the committee in executive positions for several years; and the Cowra Family History Group (CFHG) where Cheryl has been a member since 2007.

Cheryl has participated in cemetery transcriptions in plots as far afield as Boorowa and Lyndhurst and has been instrumental in ensuring that the CFHG was informed and adhered to the rules and restrictions as they unfolded.

Cheryl is also a founding member of the CWA Cowra Evening Branch and has been a regular and active member in branch meetings and activities for 23 years.

Cheryl is currently Branch Secretary and has volunteered to be a Group Councillor to Central Western Group for at least two terms.

Cheryl's affability, knowledge and generosity of spirit make her an outstanding and highly valued member.

Karl is the NSW State Emergency Service (NSW SES) Local Commander, overseeing both the Cowra and Gooloogong units and also serves as a Training Officer for the Cowra unit.

Karl has been an integral part of the NSW SES for many years, but especially over the last 12 months as Karl's ability and expertise in adjusting to the global pandemic restrictions placed upon the SES and how he has implemented training and conducted activities has made him an authority in his field.

Karl is also a well-respected member of the Local Emergency Management Committee providing valuable contributions to the overall preparedness for emergencies within the Cowra LGA.