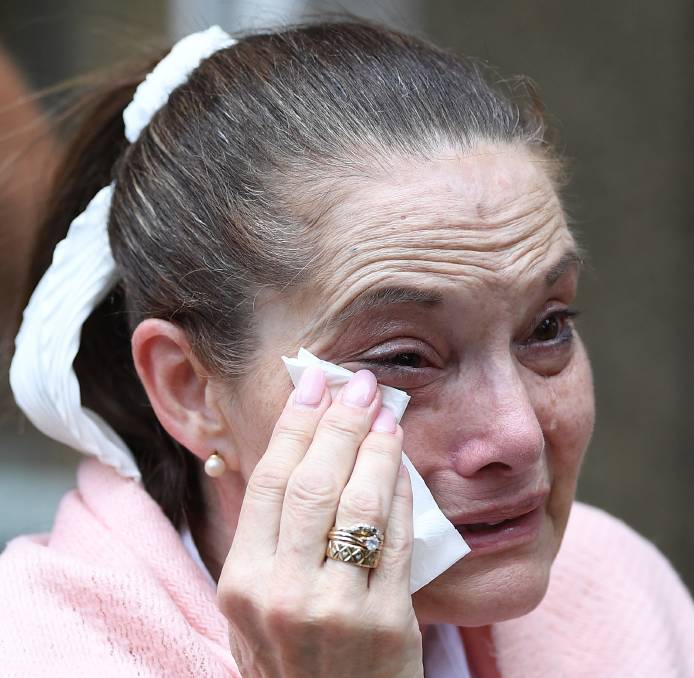 Injuries: Canberra pelvic mesh victim Annette Kaylock outside the Federal Court after the decision was handed down.

The companies "saw the commercial opportunities presented by the new devices and were keen to exploit them before their competitors beat them to it", Federal Court Justice Anna Katzmann found on Thursday in a scathing 1500-page decision that could lead to one of the largest health class action compensation payouts in Australian history.

"The corporates have a lot to answer for, especially how they've treated women essentially like guinea pigs, lied about it and done nothing to help," said pelvic mesh victim Julie Davis outside the Sydney court after a packed courtroom listened to the historic decision in stunned silence, followed by tears.

"For all of us women who've had to stand up, put ourselves out there, be heard, today is a great step forward," Ms Davis said.

Women who launched the case in 2012 hoped it would show that "some corporate can't just dream up some idea and say 'Let's have a crack at this and make money from it and see what happens'," Ms Davis said.

Internal company correspondence from as early as 2006 showed senior researchers and medical staff knew devices did not consider women's "biomechanical needs", and "misfunction, pain and shrinkage" would lead to a "handicapped patient". 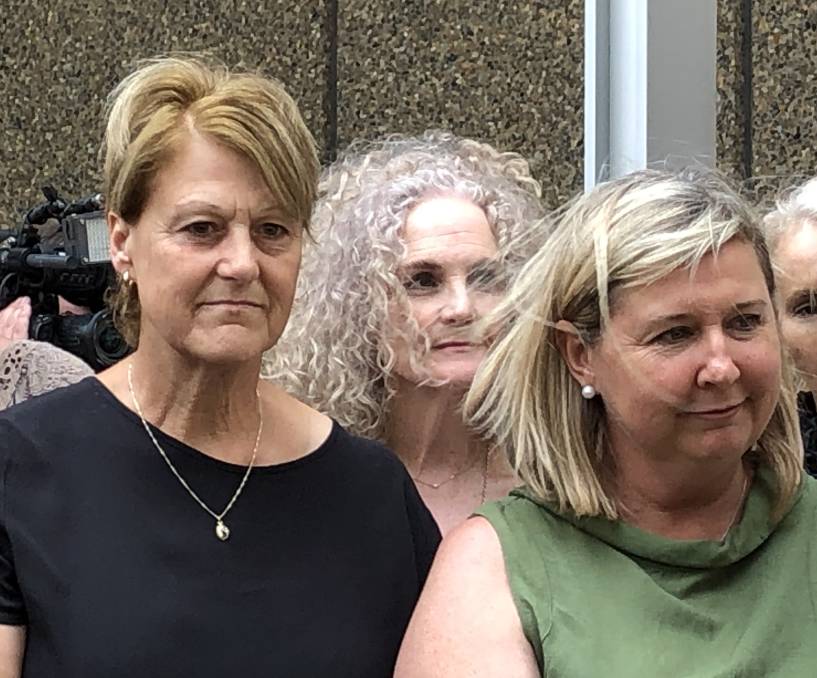 "The use of the meshes, and the techniques required to implant them, exposed patients to risks of significant and serious injury."

More than 1350 women are registered to claim compensation from Johnson & Johnson and the Ethicon companies after they were implanted with one of the devices to treat complications after childbirth, but the decision allows more women to register claims.

Shine Lawyers' Rebecca Jancauskas, who led the case for the women, said about 8000 Australian women are believed to have been implanted with the nine devices that are part of the class action but because there is no registry to record surgical outcomes, "there could well be significantly more women affected".

"There is still time for women affected to come forward and join the class action and I encourage them to do so," Ms Jancauskas said.

"Given the years of suffering these women have endured, the fact that their lives have been turned upside down, they can no longer function as women, as mothers, and as employees, we would expect that compensation to be significant."

Ms Jancauskas said the case was the largest women's health class action in Australia's history and a landmark decision.

It was "a victory for women", she said of Thursday's ruling.

"We're incredibly proud of the brave women who have spoken up and it's an acknowledgment today that their voices have been heard and their suffering has been recognised by the courts.

"Today's judgment is the end of a very long road. It's been an extremely hard fought legal battle and it's taken a toll on the women involved. Today's result is so encouraging for women who suffered in silence for so long and it means an incredible amount to them."

The three companies have 21 days to lodge an appeal.

Justice Katzmann acknowledged the 1350 women in the Johnson & Johnson case were "by no means alone" in suffering serious and permanent injuries following pelvic mesh surgery where devices were implanted via the vagina.

"They brought this case, not merely for their own benefit, but also on behalf of other Australian women in similar positions. The number of such women is unknown," Justice Katzmann said. While 8000 women are believed to have been implanted with the nine devices that formed part of the class action case, Johnson & Johnson sold more than 90,000 pelvic mesh devices in Australia. More than 100 individual pelvic mesh devices were cleared for use since the late 1980s with an unknown number of women experiencing injuries.

In October 2018, Federal Health Minister Greg Hunt apologised for the "historic agony and pain" experienced by many Australian women following pelvic mesh surgery. Former Australian Medical Association president Dr Michael Gannon said it was not an overstatement to describe the pelvic mesh scandal as a tragedy.

The 1350 class action women claimed damages for the injuries they suffered because of contraventions of the Trade Practices Act and common law breaches of the companies' duty of care to them.

Justice Katzmann noted the three companies denied liability and "vigorously defended the cases" but issued a scathing assessment of their failure, over several decades, to protect patients and comply with regulatory obligations.

The Ethicon companies, which manufactured the devices, "were content" to rely on small studies by "surgeon inventors" of the "gold-standard" TVT device "without exploring whether similar results would be achieved in the wider population" and "without waiting for long-term results", Justice Katzmann found.

In the case of Prolift, one of the largest and most injurious of the devices, Ethicon started studies on a prototype but "pressed ahead with the launch, without waiting until the studies had been completed".

After internally acknowledging that Prolift could leave patients "handicapped", the company worked on a new Prolift device in an attempt to address the original device's problems.

"They introduced changes to their devices which they believed or hoped would reduce the risk of injury. But they continued to promote and sell the older devices after the new and 'improved' versions were introduced and they remained publicly coy about what they knew and did not know about all of them," Justice Katzmann said.

She accepted that a chronic inflammatory response in women's bodies after the polypropylene devices are implanted was "the primary cause of significant complications arising from the use of all synthetic meshes".

"The evidence also established that all the Ethicon meshes, or more accurately the integrated mesh and tissue, contract or shrink. The (companies) disputed that mesh contraction was of clinical significance. But the evidence was overwhelmingly against them," Justice Katzmann said.

The companies' defence that "all surgical procedures present risks", and the basis of their denial of allegations that the devices caused injuries in women, was "obscure", Justice Katzmann said.

"It was not apparent from their affidavit evidence, and early in the cross-examination of the first of their witnesses to testify, it quickly became clear that their denial was unsustainable," she found.

During damning evidence at the hearing, which started in July 2017, Ethicon vice president of medical affairs Dr Piet Hinoul admitted that "from the time each of the Ethicon devices was supplied anywhere in the world, Ethicon knew that it could cause" each of the complications alleged by women.

These included acute and chronic pain that could be "life altering"; that multiple operations might be necessary to attempt to alleviate the pain; that mesh could be "difficult, if not impossible, to remove safely" and some devices "could be disastrous".

Justice Katzmann found the companies cleared the devices for use in Australia by relying on European Union approvals in a medical devices industry that is "largely self-regulating".

The Australian device regulator, the Therapeutic Goods Administration, registered the Johnson & Johnson devices "without conducting any independent assessment of their safety or efficacy" or requiring the companies to prove pre-market testing of their safety and efficacy had been carried out.