A SUMMER of drought, restrictions and frustratingly fickle summer storms in the Central West has put the topic of water on everyone’s lips. Regional reporter Sahil Makkar has looked at the issue from all angles – from dam infrastructure to population growth to state election candidates’ plans. 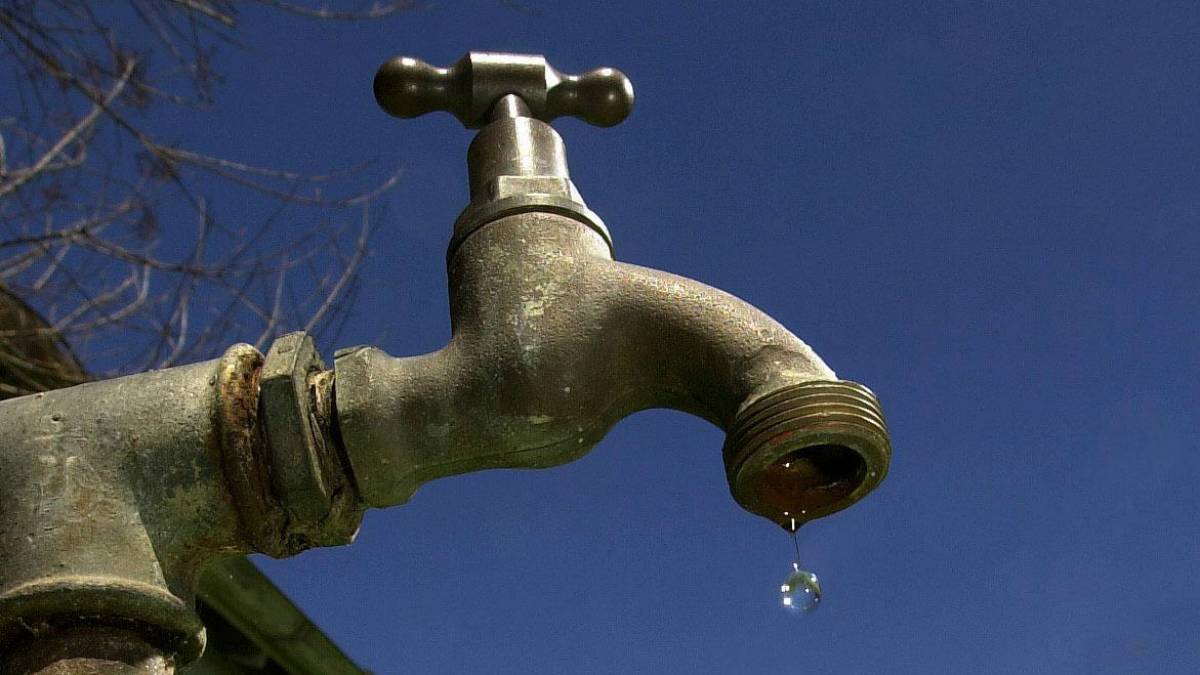 Candidates from the Nationals, Labor and Shooters, Fishers and Farmers are promising the electorates of Bathurst, Orange and Dubbo they will work with local councils to ensure unrestricted water supply to residents despite concerns that the growth of the cities is adding stress to the water system. “There’s no doubt that drought has been hitting our communities hard. I believe more should be done to store water during the good times, which is what I am advocating for,” said the Nationals’ candidate for the seat of Orange, Kate Hazelton.

“What’s important is that politics is never put before good water policy.”

But restrictions in Orange and Bathurst have already moved water to centre stage in regional politics. Dubbo is not on restrictions, but it is dependent on groundwater to meet its water requirements. 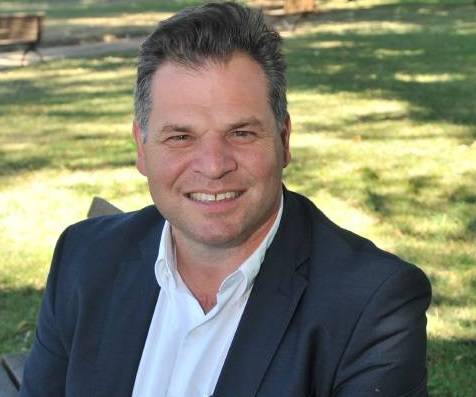 Phil Donato, the Shooters’ sitting Member for Orange, said the NSW Government spent $2 billion on a desalination plant for Sydney that’s never been used, though it has now been placed in restart mode.

“But in the bush, they expect councils and ratepayers to fund the cost of water infrastructure. That’s not fair,” he said.

Mr Donato is hoping to share the balance of power in the NSW Parliament after the election on March 23 and believes he will have the clout to get more funding from the NSW Government to help secure Orange’s long-term water supply.

“I’d like see an expansion of stormwater harvesting and the sourcing of potable water from Spring Creek and Gosling Creek dams, to ensure our water is always secure,” he said. 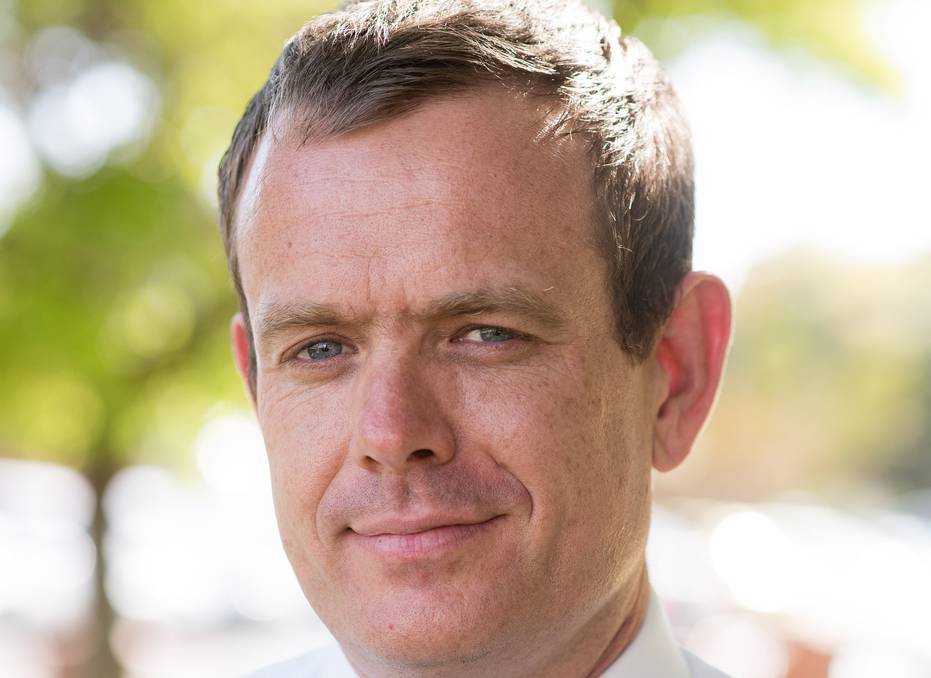 The Labor candidate for Dubbo, Stephen Lawrence, said he believed the Nationals had failed on water and they deserved to lose government on the basis of that issue alone.

He said water was a “huge political issue” and said he believed the public was well aware that mismanagement and bad policy were significantly responsible. 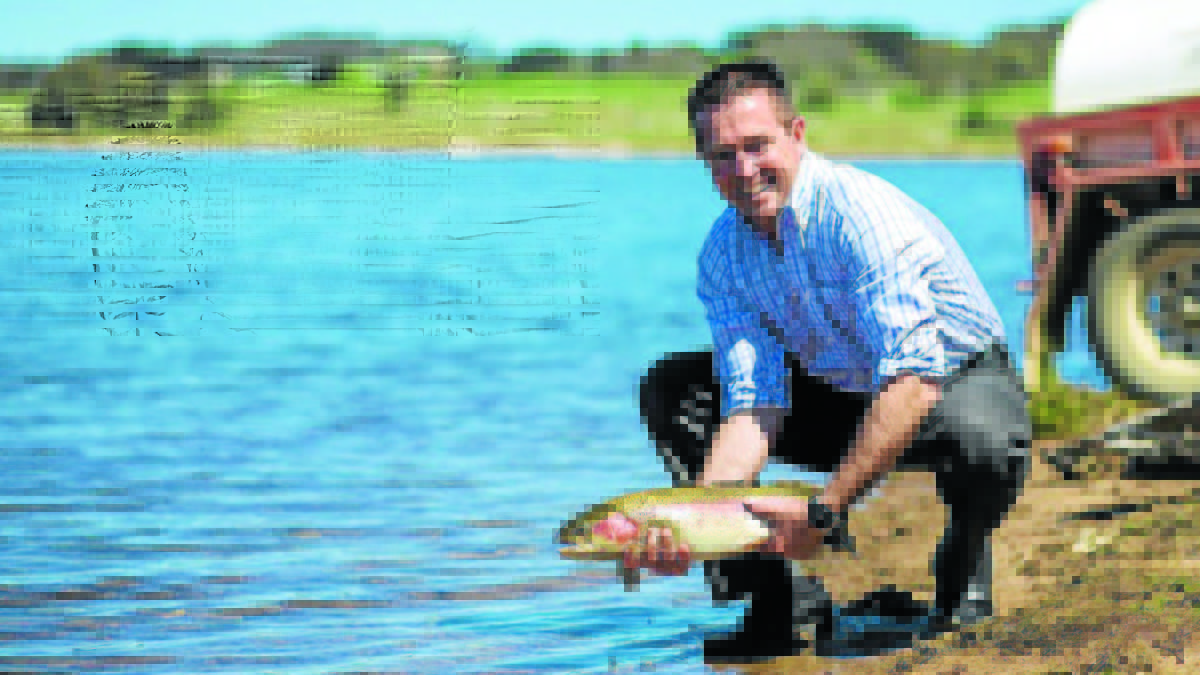 Bathurst MP and minister in the Berejiklian government, Paul Toole, defended his government and said they had committed more than $1 billion for safe and secure water.

“Already in the Bathurst electorate, we have announced $2.3 million toward upgrading the Winburndale Dam.

“The NSW Government will continue to work with all councils, including the Bathurst council, to look at other measures that may secure water supply into the future.”

Dugald Saunders, the Nationals candidate for Dubbo, says he is a great supporter of growth in regional cities and smaller towns, and believes the opportunities that follow far outweigh any possible impacts on water availability.

“It is the job of government at every level to support our regional towns and cities with the infrastructure required to encourage people to live and work in our region, and that includes water infrastructure,” Mr Saunders said.

His Labor opponent, Mr Lawrence, said he is a big supporter of an increased population, but it requires water to be carefully managed.

“We do want to encourage people to take advantage of living in a fantastic region such as ours, however we have to plan properly for that growth,” she said.

“Governments need to improve water supply and security, and transport, hospitals and schools. That should come first, before we increase the population,” he said.

Councils’ plans to quench our thirst

A SEVERE drought and growing population in the Central West have forced Bathurst, Orange and Dubbo councils to review their long-term water security plans.

BATHURST mayor Graeme Hanger says the city adds nearly 500 residents a year and its population is expected to grow from 42,779 to 49,285 in the next 10 years.

“A growing population is not a burden on resources. In fact, it is a great opportunity for the city to increase economic prosperity and livability,” Cr Hanger said.

Bathurst’s average water consumption has remained static over time, which he attributes to the Water Wise messages and user pays.

Cr Hanger said council is considering raising the Chifley Dam wall again and building a pipeline from Chifley Dam to the water works. LIKE Bathurst, Orange is under level three water restrictions, as the combined water storage of the Suma Park Dam and Spring Creek Dam is below 50 per cent.

“In an average year, stormwater can contribute around 1300 ML of additional water, meeting around 25 per cent of the city’s total water needs, Mr Redmond said.

Orange raised the walls of Suma Park dam following the 2012 drought, when the water in the dam fell to 23 per cent. The capacity was raised from 17,290 ML to 19,800 ML in 2016. It has also built a pipeline to connect the dam to the Macquarie River. DUBBO Regional Council director of infrastructure and operations Chris Devitt says the town will not be affected in the case of an extended drought.

“The contingency is to increase reliance on bores if the river supply is reduced or implement water restrictions if the trigger levels occur,” Mr Devitt says.

Dubbo, which relies on Burrendong Dam for 70 per cent of its drinking water and groundwater for the remaining 30 per cent, is not on water restrictions.

“Dubbo typically uses about 10,000 ML to 12,000 ML per year for town water supplies, which is roughly one per cent of the dam capacity,” Mr Devitt said.

He said the council is undertaking a strategic review of its water security. No need to panic: CSU expert

CHARLES Sturt University senior lecturer and water expert Jonathon Howard says there is enough supply in the Central West’s various dams to keep the towns and cities of the region watered.

“There is no stress to the entire water supply of the major towns in the region,” Dr Howard said.

“But it is important that we all contribute and reduce our water usage.”

Dr Howard said the impact of the recent dry weather is that the Central West’s dams are at low levels.

“The water level at Bathurst’s main water catchment has fallen to the lowest level in more than a decade,” he said.

“However, it is important to understand the scale of urban water use in our catchment areas.

The average annual flow down the Macquarie, our main water source, is over 1150 gigalitres per year. Dams in our region also have the capacity to store over 1600 GL per year

“The average annual flow down the Macquarie, our main water source, is over 1150 gigalitres per year. Dams in our region also have the capacity to store over 1600 GL per year.

“Yet urban water use is less than 25 GL per year. So in the overall scheme of things, urban use of water is not significant.”

Dr Howard said a rise of one to three per cent population in the Central West will not significantly stress the current water system.

“Even if we get another drought we will still have enough drinking water,” he said.

Dr Howard, however, said it was worth remembering that dams are not just for urban use.

“Three major river networks are an important water source for urban water supply and are critical to the large service centres at Orange, Dubbo and Bathurst, which in turn are critical regional hubs for health, education and business services,” he said.

This story Dry arguments in a hot summer: A look at the Central West’s water future first appeared on Western Advocate.