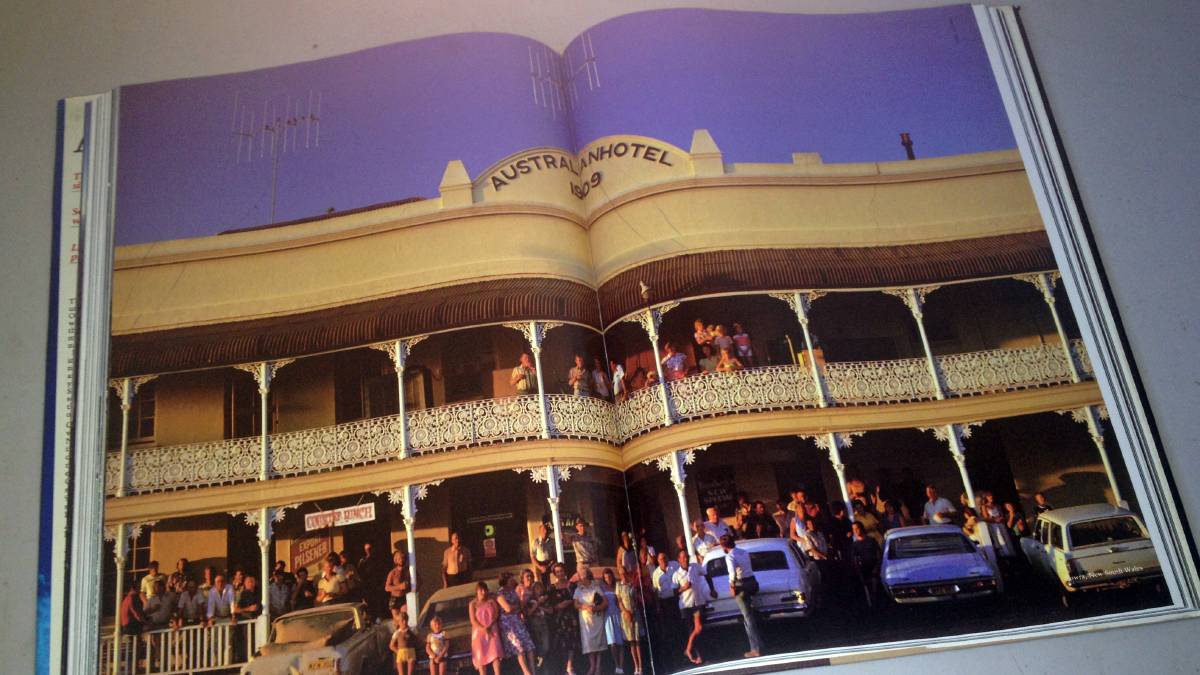 The original Australia Day photo from 1981.

It's become a tradition and this year will be no different as the Aussie Hotel celebrates Australia Day with plenty of activities for young and old.

Australia Day celebrations started at the Aussie Hotel following a book that was first published in Australia in 1981.

The book, A Day in the Life of Australia, was a compilation of photos taken by more than 100 photographers commemorating a single day in Australia.

A picture of the Aussie Hotel and it's patrons on Australia Day made the centre page spread.

Anita Fifoot from the Aussie Hotel said it's now the place to be for Australia Day.

"We have continued the tradition for decades now, and annually on Australia Day we commemorate the day inviting friends and families to join us at the Australian Hotel for a BBQ and entertainment," she said.

The celebrations kick off at 10am and all ages are welcome.

There will be a spit roast BBQ for lunch and the bistro will also be open.

The kids can be kept occupied with a jumping castle, dunking machine (bring their swimmers), face painting, yabby races and plenty more from 12pm.

There will also be live music from 2.45pm and The Distilled Spirits - a hybrid of our local bands Loose Stones, Ogretones and Layabouts - will be entertaining from 4pm.

The Australian is way to celebrate Australia Day so make sure you don't miss out.